Win a family ticket to Disney On Ice 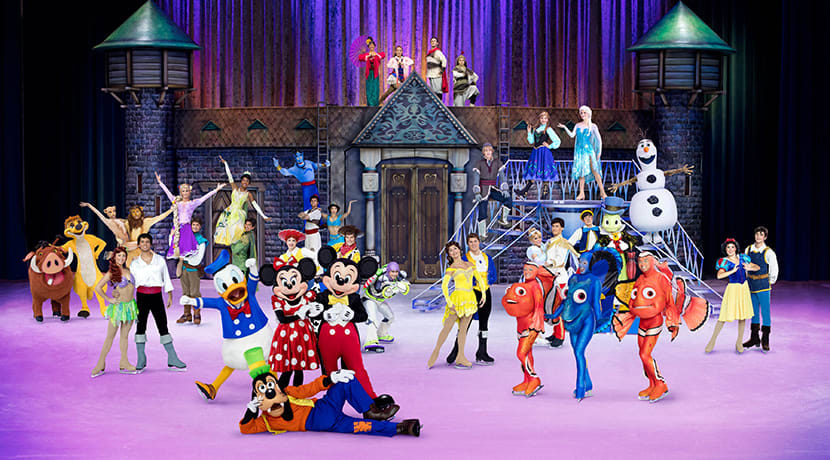 Be charmed by a cast of over 50 unforgettable Disney characters, with Mouse-ter of Ceremonies Mickey Mouse, the spirited Minnie Mouse, Donald Duck, Goofy and many of the Disney Princesses including Jasmine, Cinderella, Rapunzel, Ariel, Snow White and Tiana. Relive the magic of Disney’s Frozen with Anna, Elsa and the hilarious snowman Olaf as they discover that true love is the greatest magic of all.

Sing-along to over 30 unforgettable songs including favourites like Let It Go, You’ve Got a Friend in Me and Hakuna Matata.

Be thrilled by exciting moments from Disney’s The Lion King, Disney Pixar’s Toy Story, Finding Dory, Beauty and the Beast, Aladdin and more, leaving your whole family captivated with memories that will last them a lifetime. This skating spectacular is truly a century of Disney Magic, and it was all started by a Mouse.

Disney On Ice Celebrates 100 Years of Magic shows at Arena Birmingham from 16-20 October.

What's On have a family ticket to give away to the 6.30pm showing on Wednesday 16 October.

Competition closes at midnight on 6 October.