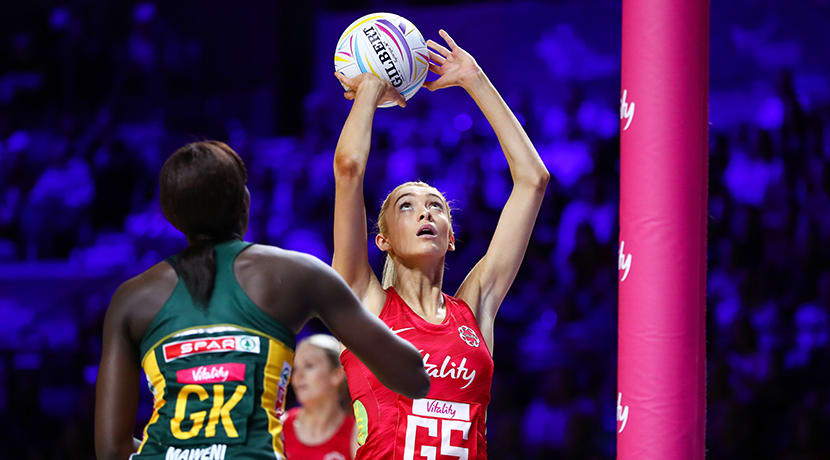 The Vitality Roses; England’s elite netball team, will play in front of a home crowd in January 2020 for the first time since the Vitality Netball World Cup as part of a new international series.

The Vitality Netball Nations Cup will see the Vitality Roses battle against the Jamaica Sunshine Girls, the New Zealand Silver Ferns and the South Africa SPAR Proteas across four days of action in three cities.

The Vitality Netball Nations Cup kicks off at the Motorpoint Arena in Nottingham and will then move to Arena Birmingham on Wednesday 22nd January where England will face South Africa in a World Cup bronze medal rematch with Jamaica and New Zealand also locking horns. The action will conclude at the Copper Box Arena in London for the final two days of the competition on 25 and 26 January.

Get your family and friends together for a Wednesday evening treat at Arena Birmingham to watch some of the best netballers in the world in action!