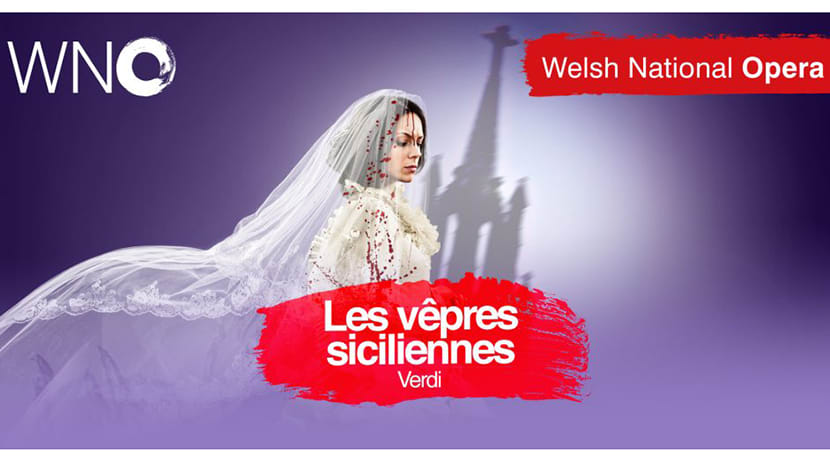 Hélène seeks justice for her murdered brother, as revenge and revolution set the scene for Les vêpres siciliennes. As Hélène’s sweetheart Henri, together with fellow rebel Procida, prepare to destroy his killer Montfort, a dark secret is revealed. Among the confusion and betrayal, the sound of wedding bells ring out, signalling the massacre that will destroy them all.

Based around true events which occurred in Sicily in 1282, Verdi’s grand opera features wonderful choruses and breath-taking arias, including the Bolero. In this striking new production, Director David Pountney and the creative team behind La forza del destino and Un ballo in maschera reunite to complete WNO’s Verdi Trilogy.

Sung in French, with English and Welsh surtitles