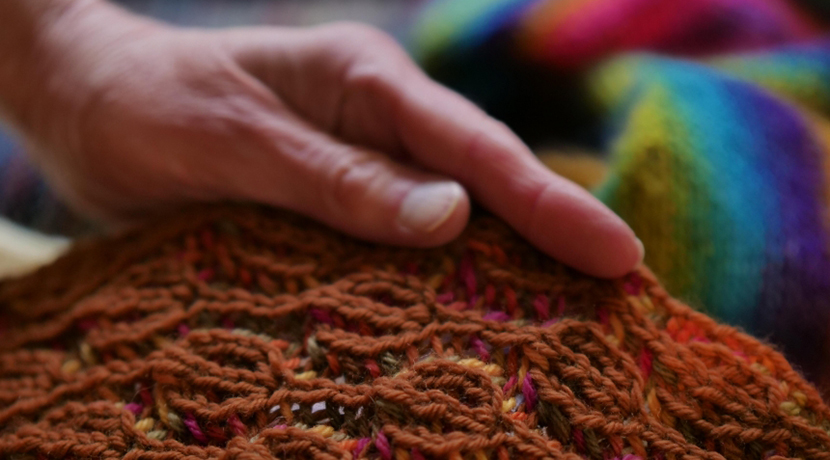 The work of the West Midlands Craft Group, the 70-plus on-show creations have been produced as part of a project designed to be supportive of homeless people and those living in unsafe or  unsuitable accommodation.

The group elected to focus on the scarf in particular because they considered it to be a symbol of something which many people are able to take for granted, but which the homeless most definitely are not - comfort.

Alongside the display of scarves, the exhibition also features photographs of craft workshops which the group has been running in Birmingham for people who have experienced or are experiencing homelessness.