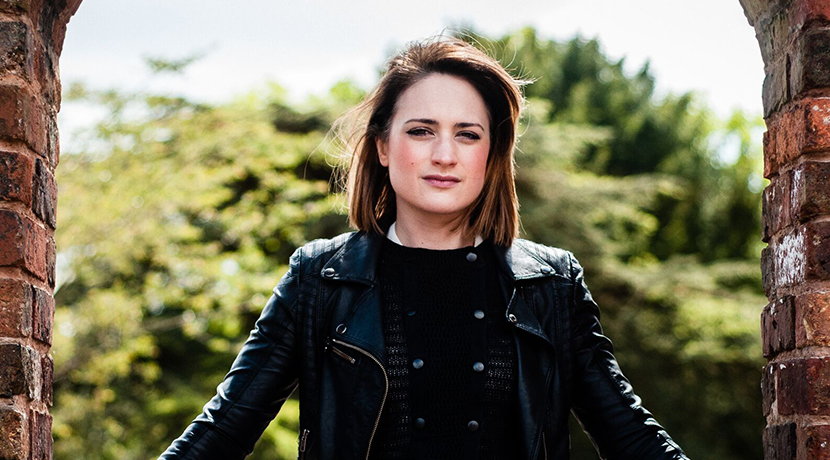 Though Dan had an integral role in the album's creation - producing, recording, co-writing and playing on tracks - it's Cawdell's voice that very much shines through.

Prior to her album launch show at the Kitchen Garden Cafe, Birmingham, on 23 March 2018, Danielle talks to What's On ...

Alongside Dan, there's another name in the album credits - Jason Tarver - who has worked with Kyle and Nerina Pallot. What was Jason's role?
Jason got involved with the final recordings. He is an amazing sound engineer, and it was awesome to have him involved. Dan works with Jason regularly, he played Jason some of my music and asked if he would be up for doing the final recordings. Jason agreed and flew over from Barcelona for two weekends. It was over these two weekends that the whole album was recorded. I gigged the songs live until I could give a really good live performance, Jason's time was precious, there was no time to do re-recordings.

What are some of your personal highlights on the record?
Hush is a one of my favourites - it one of the three songs on the album that are totally guitar-based. Hush tells a personal story about choosing a life I wanted for myself and not one that was chosen for me. Another is Pinch. Pinch was a new sort of collaboration - I had never used someone else's words when writing a song. I could relate to the emotion of my friends poem which I used to form the lyrics of Pinch, it was a different way of writing but I felt it worked well.

When did you first start playing music/ writing?
My Dad bought me my first piano when I was six-years-old, I had piano lessons from the age of eight as well as learning the saxophone. I started writing songs when I was about 15 and doing GCSE music. I played mostly classical music and learnt to read music, but I was influenced by my Dad's style of playing which is routed in blues, jazz and '70s folk. I remember asking my Dad how you write a song, he explained the structures of songs and patterns of chords, I found this a revelation and from then on never stopped writing songs.

You've cited Perfume Genius as an influence and someone you admire ...
There is an intimacy to the music of Perfume Genius that massively appeals to me and has influenced me. The classical piano in some of his tracks such as Too Bright from the 2014 album of the same name, is beautiful, the weave of and use of electronic sounds in many of the tracks was something that Dan and I took inspiration from. I admire the brilliance of his song writing, the different styles and structures of songs he uses all to communicate strong, important and personal messages.

You've opened for people such as Peter Bruntnell - how was the experience?
Opening for Peter was a really pleasure, he has some really diehard fans, which was slightly intimidating. Peters set was incredible, he has written so many songs, I watched him almost flicking through the library of musical work he had created choosing what he was going to share next.

It was also great doing a double headline gig with Annie Keating, she bought such energy to her performance and even got down on her knees at the end of her show. She had some really lovely words of encouragement that she gave about my music. It meant a lot that someone of her songwriting ability had such words of encouragement.

What's your plans for after the Kitchen Garden Cafe gig?
I have a few gigs lined up in Worcester and Milton Keynes. The second album is already on the pipeline, I'm bursting to start working on it, but first things first.

* Silence Set Me Free by Danielle Cawdell is out now via Heantun Records. See: daniellecawdell.bandcamp.com