Peter And The Wolf gets an urban makeover 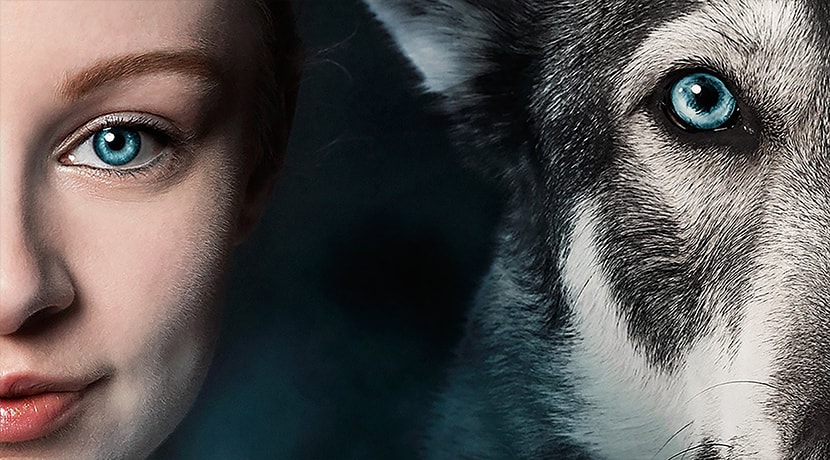 An hour-and-a-half spent watching Ruth Brill putting her choreography skills into action in rehearsals for Peter And The Wolf makes for a mesmerising experience. Seeing the rumble unfold between Bird and Wolf gave me a real sense of how technically challenging it is to put together a Birmingham Royal Ballet (BRB) production of this magnitude.

Commissioned by outgoing Director David Bintley, Peter And The Wolf is Ruth’s fourth commission for BRB. She’s been with the company for seven years as a First Artist, and her choreographic repertoire (for BRB) to date comprises Rhapsody In Blue (2014), Matryoshka (2015) and Arcadia (2017). But as Ruth herself admits, Peter And The Wolf is her most ambitious project to date.

Her excitement about presenting the show to a Midlands audience is palpable: “It’s such an iconic, much-loved story that’s familiar to so many people. Anyone of my age or older would probably recognise the music. A younger generation may not know it, so now seems a perfect opportunity for us to retell the story.”

But this isn’t just any old retelling of Peter And The Wolf...

In a quest to appeal to a wider audience, BRB’s staging of one of Prokofiev’s finest works has been given an urban feel - as Ruth explains: “One of the main slants is that Peter is going to be played by a girl. It feels very current to have a strong heroine at the heart of the story. This production has dance, narration and music all rolled into one, which makes it very accessible because the story is explained. People don’t expect spoken word as a major element when they go to a ballet. It breaks down the barriers, so no-one should feel apprehensive that they won’t understand the story or know what’s going on.”

Ruth’s brief for Peter And The Wolf was a challenging one in that it’s being performed as part of BRB’s Home From Home tour, which means the production will visit Midlands venues outside Birmingham; in Wolverhampton, Shrewsbury and Malvern. It will then form part of a programme on the main stage at Birmingham Hippodrome and London’s Sadlers Wells later in the year.

“My brief for the Home From Home tour is quite challenging. The show has to be widely accessible for families, but my work also needs to stand up in its own right when performed at Birmingham Hippodrome and London Sadler’s Wells.”

Ruth’s approach to satisfying the show’s diverse audience is to keep the narration and music true to the original but at the same time make the setting an urban one.

“Peter And The Wolf is a carefully protected work, and rightly so, as it’s genius. That’s why we’re keeping the core as is. What we are doing, however, is transporting it to a new setting. Rather than being done in a traditional way, with a meadow, grandfather’s house and a forest, we’re setting it in an urban environment. I’m collaborating with Spike Kilburn on the set and costume design. The audience will see the tree represented by a huge scaffolding tower. It has different levels, a ladder, a pulley and rope with which to catch the wolf. The characters are dressed in street wear. Spike has a wealth of experience and great vision. It’s really exciting, as this is the first time he’s designed for ballet. There are certainly no tutus in sight!”

The music for Peter And The Wolf was originally written to explain to children about the instruments in an orchestra. Every character has an instrument depicting a theme which will be cleverly used throughout. Ruth is keen to point out that although construction of a production like this always begins with the music, it’s very much a collaborative affair, and one in which she sees herself as the project manager, wearing many hats.

“I like to be really involved in every aspect of the process. I see all of the elements - set, costume, music, dancers, even the marketing campaign - as part of the choreographer’s vision. I trust everyone in charge of those different aspects; they have their input and they take my ideas to a place that I wouldn’t have got to on my own. However, it’s down to me to ensure that all of these different threads combine to become a coherent whole. The whole process is a learning curve, and every day I’m learning. Principal Conductor Paul Murphy has been so pivotal in this journey because so much of this production comes back to the music. Speeds are really crucial in how everything builds. Paul knows this music inside-out, so it’s best for me to say, ‘What do you think on this, Paul?’ The experts contribute their knowledge, I listen and learn.

I’m still performing with BRB. When I go back to that role, I find that my whole approach as a dancer has changed. I can’t unsee what I’ve learned as a choreographer, on the other side.”

Ruth believes that it’s crucial to let the dancers find their own way in a production: “If there are two people doing the same role on different days, I don’t feel that they have to do it in exactly the same way. Yes, the steps need to be the same. Yes, the key moments need to be the same, but within that there’s stretch for them to find their own character. They then have ownership with their own interpretation of the role.”

Each of the production’s nine cast members has a crucial role in telling the story of Peter And The Wolf. “It’s quite a small cast, but I think the amazing thing about this - and the dancers love it too - is that everybody has a character. There’s no big ensemble. We have Peter, Bird, Cat, Duck, Grandad, Wolf, three hunters and that’s it. Each member of the cast has a key role and has their own character to focus on.”

So with the premiere of this much-anticipated production fast approaching, and with umpteen hours of rehearsal under her belt, what’s Ruth’s biggest concern about putting on her most challenging show to date?  “When you’ve made your decisions and you’ve set the choreography on the dancers, the hardest thing is letting go, letting the performance happen. On the night of the premiere performance, I’m going to be sitting in the audience with everyone else, watching. It’s about detaching and trusting that your team - the technicians, the musicians, the dancers - will pull it together and do you proud. Then the production becomes its own thing in its own right, living and breathing and going on...”