The Stranglers talk ahead of Lunar Festival 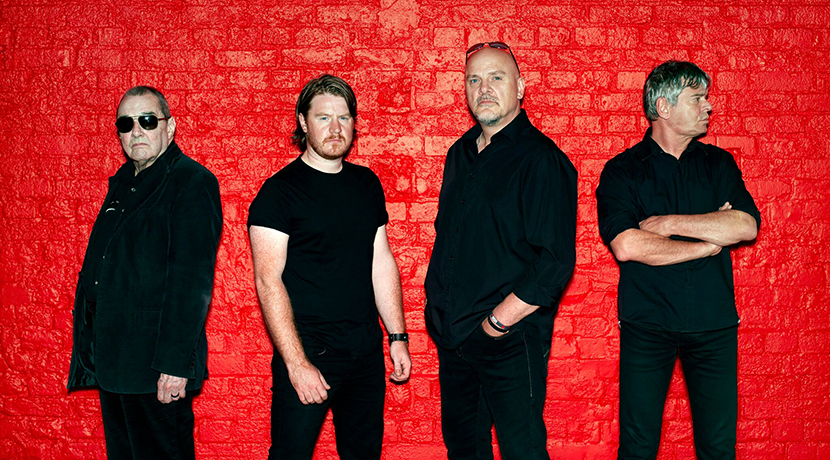 The Stranglers, punk and new wave’s sturdiest survivors, are trying to get songs ready for their new studio album, but there is a problem …

“We've got about five or six [songs] which have taken shape, and there are another few dozen we need to work on,” reports founding member and bass player Jean-Jacques ‘JJ’ Burnel. “The only drawback is that over the last few years, The Stranglers have really been in-demand, so we doing festivals everywhere - like Lunar Festival - which is good, in a way. But it also restricts the time we can actually spend together to develop and record.

“We're trying to balance the two - we're writing and recording, experimenting, all between festivals ... we've got 14 [festivals], Poland, we were meant to be going to Israel, but we've put that on hold for the time being ... then we've got Serbia, France ... last year we went to Spain, Portugal, Germany.”

Over 40 years on from their formation, and The Stranglers are busy men (in black). The former bad boys of punk/ new wave are selling out tours across the globe, there’s a feature length documentary in the making (which is due for release next April), and each month seems to bring another landmark anniversary – the latest of which is the 40th anniversary of their Black And White album. A number two hit in 1978, it features the hits Nice'n'Sleazy and Walk On By, and is today often referred to as 'the first post-punk album'.

"I've read that! What does it mean..? I don't know! I've posed the same question - 'what the **** do you mean by that?'" JJ laughs, perplexed by the critic’s label which some have suggested relates to the so-called ‘cold wave’ genre. JJ isn’t sure, though relates to the idea of experimentation and new directions.

"With Black And White we were trying to see how far we could go, musically, and extending ... not fitting any stereotype of the time, and experimenting. Some of it came off, and some of it didn't, which is how it should be I s'pose.

"As our experiences increased and we started going abroad, we started writing about things we encountered. Our experience informed what we wrote, obviously. But since we'd been thrust into something of a limelight, and going further aboard, we were starting to write about those things - not just write about girlfriends in Guilford or South London or West London. The Cold War was on everyone's minds at the time and the circumstances for the writing - it was quite bleak.

"I remember that we took a farm just south of Peterborough and it was snowing for a lot of the time, and the conditions were quite bleak outside. That came into your mind. The subject matter was changing, we became more political, geopolitically aware, I s'pose."

There's also been a run of vinyl re-issues from the band's back catalogue - all nicely repackaged by the band's old label - which, coupled with the accessibility of their old hits on streaming services such as Spotify, has noticeably broadened the band's audience.

"Since record companies lack so much imagination, they don't know how to build up young people's careers anymore, or very rarely ... so they just rely on old stuff and repackaging.

"Which, in a way, is not a bad thing ’cos it equates a whole new generation with our stuff and I've noticed, over the last ten years, the demographic of our audience has changed considerably.

"It's not only people of our generation and slightly younger, it's a lot younger, 20-somethings.

"A few kids have told me that they think it's because bands of our generation are the real thing, and not fabricated, and that we're still beating new paths. And also because a lot of stuff that's around - like all these TV programmes, like X Factor - they find artificial, they haven't paid their dues. It's a bit sterile. That's what I've been told.

"A lot of these [new] bands, acts, don't want to upset the apple cart. If there is something that's going to be shocking, it just happens that there's a paparazzi waiting to catch it, so it's all .... artificial.

"A lot of the sussed kids refer back because they have access to all back-catalogue stuff now."