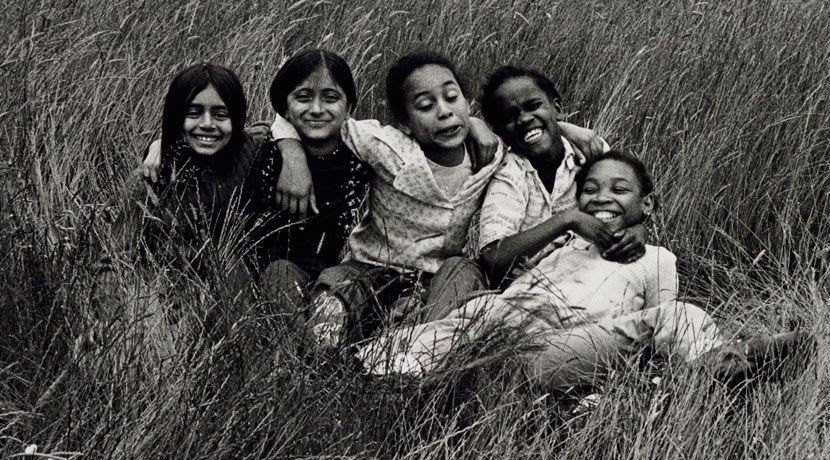 What inspired you to hand over the entire contents of your Birmingham flat to the Ikon, Vanley?
I was asked to put on an exhibition and, as I’m an artist, I therefore felt the need to respond. As well as being where I live, my flat is a place where I keep stuff that I’ve collected. I have my art from Africa as well as work that I’ve produced. I guess it’s pretty different from most other places where people reside. I’ve worked with Ikon before. My first exhibition there was in 1983. It was titled Handsworth From Inside and featured photographs taken in Handsworth, so I didn’t hesitate when asked to do this.

What’s in the collection?
I’ve been taking photographs for nearly fifty years now and have also been collecting items relating to the African Caribbean community for a considerable period of that time. My archive in the Birmingham Central Library features material that’s quite similar to what I have here. I have a lot of vinyl records, a lot of CDs, videos, books, pamphlets and leaflets. The collection also includes three-dimensional objects such as wall plaques, hangings and trinkets - things that the working class seem to decorate their front rooms with.

Which of the possessions in the collection are you most attached to?
Each piece is important. Each one is equally as vital. You never know if, in the future, someone is going to read the dissertation that looks at blackness in Britain and be inspired to do something great from that. Or maybe even pick up a little leaflet about someone who’s done a talk or something which might inspire them.

Has anyone ever fed back to you how you or your work has inspired them to go on and do something great?
All of the while. A woman said to me in the park, ‘I would like to thank you very much for the work that you’ve been doing because without it I wouldn’t be able to tell my story to my children’. A lot of people visit the archives and use the material for dissertations. We have many, many visits. In fact, when I was selecting some material for the show at Ikon, I saw a pile of posters that some reader had requested. For me, that justifies everything I do. People are using the archive. I’m told it’s one of the most popular archives in the city, and I also receive requests from all over England and abroad, as well publications, television - you name it.

You’ve been documenting the Windrush Generation since the 1960s. Which of the many momentous occasions that you’ve recorded has had the biggest impact on you personally?
I’m not sure which one, but I’m tempted to say the next one. Photographically, the one that’s stood the test of time, I suppose, would be African Liberation Day in Handsworth Park in 1977. It was a particularly large event and it was one of the first ones that I covered quite extensively.

Back to the very beginning... How did you first get into photography?
I was still living in Jamaica when I was given a camera by my mother. I was about ten years old and it arrived in one of the many parcels she would send from England to family for Christmas, birthdays or any other special occasion. In this particular parcel was a Kodak Box Brownie 127. I was delighted. I became fascinated by the whole idea of the image and how it’s recorded.

You’ve captured individuals and communities in many other cities and towns across the UK and overseas. Why is Birmingham so appealing to you as a photographer?
I’ve always lived in Birmingham. I left Jamaica for Birmingham, and when I decided that I was going to document the lives and experiences of African Caribbean people as they struggled to establish themselves here, I thought the appearance of people in Birmingham was quite similar to those in Bristol or Leeds or London or anywhere else. So I didn’t really feel the need to move to those cities to document as well. I thought I would do a better job if I stuck to a geographical area. Over the years I’ve photographed various things in London, Leeds and Bristol, but I’ve mainly concentrated on Birmingham and its community. I’ve photographed aspects of the Asian community, Sikhs, Muslims and so on. I’ve captured some of the Vietnamese communities and Gambian communities and I’m particularly interested in migration and settlement.

As an artist you’re renowned for capturing your subjects at ease, whether in their own environment, at work, at play or in the community. What tip would you give to anyone wanting to follow in your footsteps?
Get a good pair of shoes! I doubt anyone would want to follow in my footsteps, to be honest, because it hasn’t been easy. Dedicating your life to documenting a group of people brings few rewards in terms of making a living. It’s pretty tough. In terms of taking photographs, I’d tell them to set themselves a goal and stick to it. I think the advice I’d give would depend on the individual. It’s hard to say ‘follow in my footsteps’ because I wouldn’t wish that on anyone.

It may not be that rewarding from a financial viewpoint, but surely it must’ve given you great satisfaction?
It’s extremely rewarding, but reaching a point where you’re satisfied requires you to crawl through a few minefields first. I feel history is a by-product of life. Whether we write it or not, history is going to be there. If we don’t write our own history, then it will be written for us - and we’ve never really trusted the traditional writers of history because they were the very people who enslaved us. How can you have someone who was previously enslaving you writing your history? I felt sacrifices had to be made. I knew I’d have to give up something and do it properly, setting a foundation for the whole idea of documenting our history as it unfolded here in England. That was my intention and, to a large extent, it still is.

You recently worked with SAMPAD South Asian Arts on their exhibition trail along the Stratford Road...
Yeah, I’m the photographer for that. I’ve also just come back from Canada, where I was involved in the Scotiabank Contact Photography Festival. It’s one of the world’s largest photo festivals, if not the largest. There were over two hundred exhibitions featured, but ours was deemed the most significant, so we’re quite pleased with that. My work’s also in the British photographic exhibition that’s showing in China at the moment. I’ve also worked in South Africa. I photographed Nelson Mandela’s release from prison. I spent six weeks there in 1990, six months in 1996, and returned again in 2002. Last year I was invited to put on an exhibition at the university of Johannesburg relating to migration and settlement.

During your time as a resident of Birmingham you’ll have seen a lot of change. What’s been the most significant?
I think the most significant perhaps would be New Street Station. But for me as a people watcher - a watcher of migration and settlement - I’m particularly intrigued by how migrants use areas like Handsworth. Prior to us, the African Caribbeans, there were others who came in. There was a Polish population and a Polish club in Handsworth when we arrived there, and then the Sikh community moved in shortly after us. Now we have a lot of people from eastern Europe and various other places. That’s the sort of cosmopolitan nature of people in Handsworth. It’s just wonderful.

In what way would you further like to build on your legacy to Birmingham’s black community?
My interest is just collecting material that makes art. By that I mean the hats - the sort that women wear to church - and clothes. One thing I’m very much interested in at the moment is dissertations. I’m interested in dissertations with black people as the subject. It doesn’t have to be written by a black person, they just need to be the subject. So they’re one of the things I would like to concentrate on. Collecting books and magazines as well - perhaps some backdated magazines that might be out of print.

And how will the collection end?
I don’t know because it’s so important, is being used so widely and is respected within the community. I’ve had one or two academics who’ve said it’s a very valuable resource, so I feel the need to continue. The idea of taking it slightly more academic is, for me, an interesting one, not least because dissertations will probably occupy less space than some of the other objects I’ve collected.

What’s the difference between a hoarder and a collector?
With a collector you can see the corners of the room, with a hoarder you can’t.