Venice Preserved gets a contemporary reboot 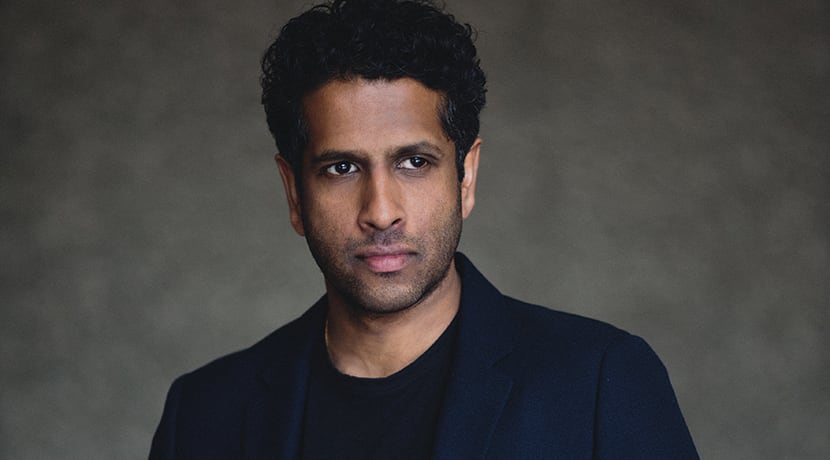 Thomas Otway’s tragedy, Venice Preserved, gets a contemporary reboot by the Royal Shakespeare Company this month. What’s On chats to the show’s director, Prasanna Puwanarajah, about the production, its socio-political resonances and his varied career…

“Venice Preserved follows disaffected Venetian nobles,” the show’s director, Prasanna Puwanarajah, explains. “Out of the two main male characters, one is the son-in-law of a senator and the other is a war veteran. Both of them join a conspiracy against the senate of Venice, as they believe it to be oppressive and in need of change. In order to join the plot, one of them, Jaffeir, has to demonstrate his allegiance by handing over his wife, Belvidera. One of the other conspirators threatens Belvidera, so she and Jaffeir go on the run and have to work out whether to reveal the conspiracy to the senate, or to carry on with it knowing how bloody the outcome will be…”

The work of Thomas Otway, Venice Preserved was a widely celebrated play when it was written and performed in the 1680s.

“I think theatre back then was very much a vehicle for celebrity,” says Prasanna, “so this play would have featured some of the stars of that age. People would have gone to the theatre and seen characters and plotlines that were insinuating the political events and people who were in the limelight. This is the case even in drama now. To make something popular, it has to speak to the audience directly. Venice Preserved is talking about a nation coming out of the war, corruption in power and what happens when people are pushed into poverty. But it also explores what happens when people’s relationships are threatened by the workings of the state. Mainly, this play has a really emotionally available quality to it.”

Prasanna has been thinking about staging Venice Preserved for many years and feels the play has become even more relevant in recent times: “I started looking at the play because I found it really fascinating how people’s relationships get pulled apart in times of great political upheaval. I was completely intrigued by the play, as it’s famously long and difficult. Also, its setting and tone caught my eye. It has that kind of noir theme and feels almost like a graphic novel. When I first started looking at it, we were in the pre-Trump, pre-Brexit era and just after the financial crash. The idiot in power or the huge political change was somewhat removed from us back then: while it was something we were aware of, it wasn’t driving our headlines as it does today. The political characters that were in the play felt a little satirical when I was looking at it originally - now they just feel like social realism! So, if anything, the play has only grown in its ability to relate to our present day.”

“One of the things that I wanted to do was not to shy away from the fact that, at the time this play was written, women suffered at the hands of playwrights - not literally as such, but in their representation. So we’ve done a lot of work looking at the genre of play called ‘She Tragedy’, where people got obsessed with the idea of watching women suffering on stage. Some of the plays we looked at were absolutely horrendous in their enjoyment of women suffering. Interestingly, Venice Preserved doesn’t quite feel like those plays because ‘She Tragedies’ tended to be in the 20 or so years that followed Venice Preserved. This play, however, has a performance history that is quite operatic in style and obsessed by the notion of the virgin whore.  Belvidera is pure until the point where she damages the men around her. When you actually read it, though, it’s more about the horrendous abuse and attempted rape that Belvidera has to process, which is a direct consequence of her relationship with Jaffeir. I wanted to find the true story about human experience, in a way that feels like it isn’t looking away from their suffering but that also isn’t fetishising it like the ‘She Tragedies’ do.”

Prasanna hopes that other directors follow his lead in producing works by Early Modern playwrights who aren’t Shakespeare: “I definitely think more directors should look further than Shakespeare for playwrights in this period. Obviously a lot of plays don’t survive this long because they don’t have those universal, relatable themes that make good plays relevant to most time periods. Staging things which don’t have that connectivity to contemporary audiences isn’t really something I want to be doing, as then it feels more like a museum exhibition of sorts. That being said, there are a lot of gold mines out there.”

Prasanna turned his hand to directing, writing and acting while he was working as a doctor for the NHS…

“It wasn’t an instant switch that I made, it was more of a cross-fade that happened over four to five years. I did acting in my time off from the NHS in order to recharge. I was making little short films and doing the odd bit of acting in my free time. I remember I auditioned at the RSC because Helena Palmer, one of the casting directors, saw me in a play at the Arcola Theatre. So I ended up in Twelfth Night at the RSC. I finished my final job at Eastbourne General Hospital to do that role, and I haven’t been back since, which was more than 10 years ago. So it’s just lovely to be returning to the RSC now. I’ve been visiting as a punter for many years, so it’s a wonderful thing to be coming back to direct.”

In his early acting career, Prasanna was often subject to type casting: “In some ways I think we’re going forwards and in other ways I think we aren’t. There’s still a sense that individuals from minority groups ought to be represented in drama, but they often only come in as frame characters, such as somebody’s friend. I think there’s still a lot of head counting being done, where the interest in diversifying these industries hasn’t been met with a desire for that to be brought about in an organic way. I think it’s a slow journey, as often the instruments of change are quite blunt.”

He also hopes to continue with the many threads of his career: “At the moment I’m directing a film that’s set in Northern Ireland, so that’s a project for the next 12 months. Then I’ve got a few on-screen roles coming out soon - I have a BBC Two comedy about barristers called Defending The Guilty coming out later on this year, and then a couple of other bits and pieces there too. I’m also doing some writing on a new show on Channel Four.”

Prasanna has some final words about why Venice Preserved is not to be missed: “We’re making this show in a way that I hope really opens it up to the audience, while making it really exciting and emotional. It’s a political thriller and feels like a really interesting mix of Restoration play and graphic novel. There really are wonderful actors in it who do some incredible things, so it’s one of those rarities that’s really worth travelling to see!”

Venice Preserved shows at the Swan Theatre, Stratford-upon-Avon, from Friday 24 May to Saturday 7 September.