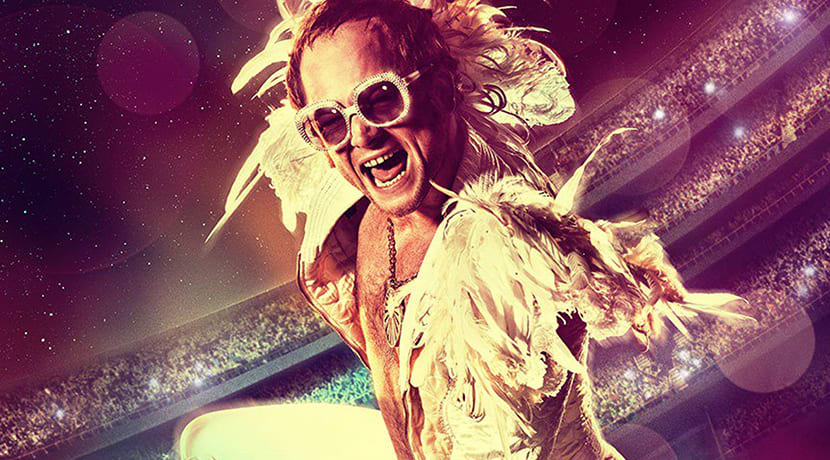 The critically acclaimed, multi-award winning epic musical fantasy charting the life of the legendary Elton John, Paramount Pictures’ Rocketman, will be presented live in concert on Friday, 5 June 2020, at Symphony Hall Birmingham, with a full orchestra performing its iconic soundtrack live to picture.

The film will be projected onto a huge ultra-HD screen, while the orchestra on stage brings to life the stunning soundtrack – the music of Elton John.

Rocketman depicts the fascinating and tumultuous story of Elton John’s life and journey to becoming one of the most decorated and successful icons of popular music. Directed by Dexter Fletcher and written by Lee Hall, the film sees award-winning actor Taron Egerton take on the lead role of Elton, singing his way through Elton’s success with ubiquitous hits such as Your Song, Tiny Dancer, I’m Still Standing, and many, many more.

Since the release of the film last year, Rocketman has picked up two Hollywood Film Awards following its initial premiere, opening to critical acclaim and rapturous standing ovation at the Cannes Film Festival. Rocketman captured the hearts of critics and audiences alike, with The Guardian rating it 5*s, and Empire Magazine hailing it ‘A sequin-encrusted delight’, as the film grossed over $195 million worldwide.

Most recently, Rocketman won two awards at the 2020 Golden Globeâ Awards, including Best Performance by an Actor in a Motion Picture, Musical or Comedy for Taron Egerton, and Best Original Song for I’m Gonna Love Me Again, written by Elton John and Bernie Taupin. Rocketman has been nominated for four awards at the 2020 BAFTA Film Awards, including Best Leading Actor for Taron Egerton, Outstanding British Film of the Year, Best Make Up/Hair and Best Sound.

Rocketman, will be presented live in concert on Friday 5 June 2020, at Symphony Hall Birmingham.

To find out about Town Hall Symphony Hall’s performances and events, visit thsh.co.uk