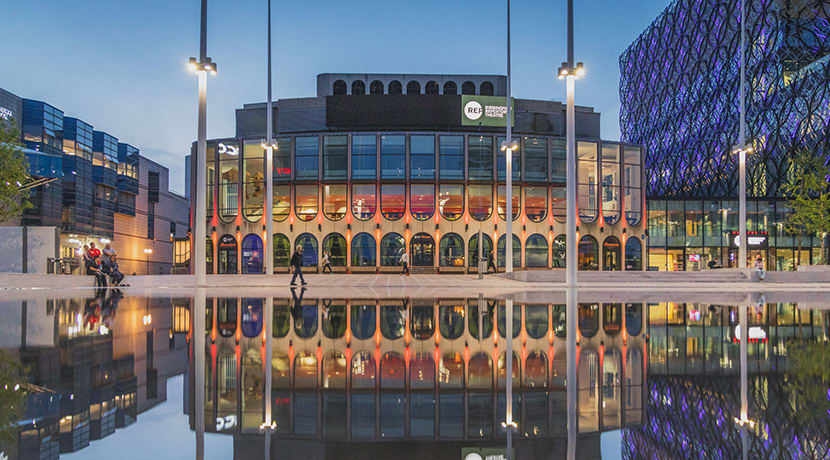 The Arts Council has today, 7 July 2020, announced an investment of £4,074,664 in 12 of its National Portfolio Organisations (NPOs) in the West Midlands - from Ironbridge Gorge Museum in Shropshire to Birmingham REP, Town Hall Symphony Hall, and Black Country Living Museum.

This short-term emergency fund was specifically designed to help those organisations that needed financial support to stay afloat until the end of September, because of the impact of Covid-19.

The awards offered to NPOs today are part of the Arts Council’s overall £160 million Emergency Response Package, through which we have already awarded £69 million to nearly 10,000 individuals and independent organisations across the country. This Emergency Response Package, which was launched in March, was made available with thanks to National Lottery players and Government. To further support the independent sector, the Arts Council recently announced the reopening of National Lottery Project Grants this July, with a budget of £59.8 million.

NPOs are a key part of England’s cultural ecology, producing work for the public to enjoy, employing and commissioning thousands of people and supporting many small companies through supply chains.

£90 million was made available in March for NPOs that required additional funding to sustain operations and meet basic costs over the summer. Since launching this Emergency Response Package, the Government announced further support – including the Job Retention Scheme – which helped lift some of the pressure and delayed the cliff edge of financial collapse for most organisations to the autumn, reducing the immediate demand on Arts Council funds.

A number of organisations were not offered funding through this programme, not because they are not facing significant long-term financial challenges, but because they were not able to demonstrate they needed urgent funding before the end of September. External financial consultants were brought in to scrutinise applications for larger amounts of funding, and decisions on any funding request for over £1 million were proposed to and signed off by our National Council.

Alongside this emergency fund, support for NPOs and Creative People and Places projects included enabling them to continue to receive funding with funding conditions relaxed and, where possible, providing advance grant payments to relieve financial pressure. The next National Portfolio investment process is also being postponed, which means the current National Portfolio will roll over for one year, to 31 March 2023.

The Arts Council will use the remaining budget from this emergency programme to complement the Government’s recently announced £1.57 billion rescue package and help ensure as much of our vital cultural sector survives as possible.

Peter Knott, Midlands Area Director, Arts Council England, said: “Culture, creativity and the arts are a part of the fabric of our country’s identity – they bring joy, fulfilment and help boost people’s health and wellbeing - and our National Portfolio Organisations play a crucial role in making this possible for people across the West Midlands.

“Since the outbreak of Covid-19, our main priority has been to ensure that as much of our country’s cultural ecology as possible survives the summer – from individual artists and freelancers, to museums, libraries and arts organisations. This investment, made possible thanks to National Lottery players, provides critical relief to valued cultural organisations across the region.”