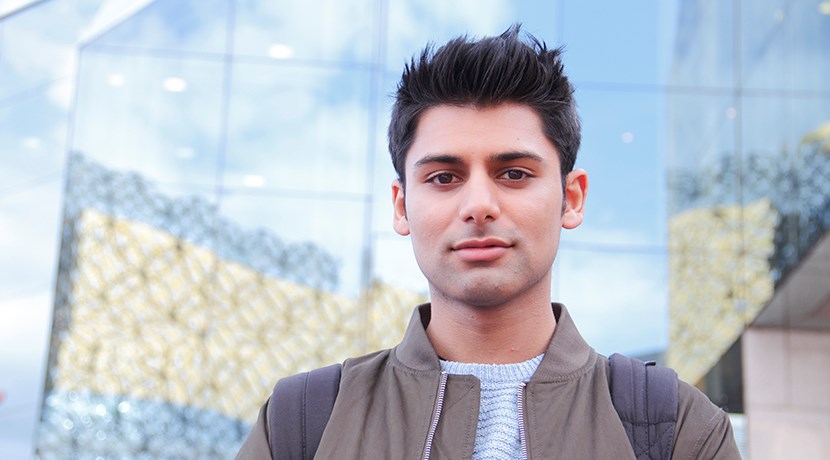 A rising star from Birmingham is set to appear in the upcoming Hollywood blockbuster Tomb Raider opposite Oscar-winning Alicia Vikander.

Alicia Vikander has taken on the lead role of Lara Croft, an action adventure heroine based on the popular video game, which follows Lara as she embarks on a journey to uncover the mystery behind her father’s disappearance.

Fast rising Antonio has recently starred in BBC Films’ City of Tiny Lights opposite Billie Piper and Riz Ahmed and was on our small screens last month in the harrowing BBC One drama ‘Three Girls’. He also recently wrapped filming the lead role in comedy film ‘Eaten by Lions’ (opposite Johnny Vegas) which will also release in cinemas next year.

A synopsis for Tomb Raider has been released: "Seven years after the disappearance of her father, 21-year-old Lara has refused to take the reins of his global business empire, instead working as a bike courier in London while taking college classes. Eventually she becomes inspired to investigate her father’s disappearance and travels to his last-known location: a tomb on an island somewhere off the coast of Japan."

Birmingham actor Antonio Aakeel has landed the coveted role of Nitin, a friend to Lara Croft.

Speaking about his role, Antonio said: “I couldn’t quite believe it when I got the call I had landed Tomb Raider. It was at the end of shooting Eaten by Lions and I’d been asked to put myself on tape with 2 hours notice. I filmed it outside my trailer on my lunch break with help from the actors and luckily It got me the part.”

On working with Alicia Vikander: “Alicia is a phenomenal talent. We got on instantly and its clear just how incredibly hard she has worked to bring Lara to life. From the day we met, we had a natural spark which I feel really aided the performance.”

On his character Nitin: “It’s very clear from the off Nitin is in love with Lara. They have a unique chemistry and familiarity that translates through his every action.”