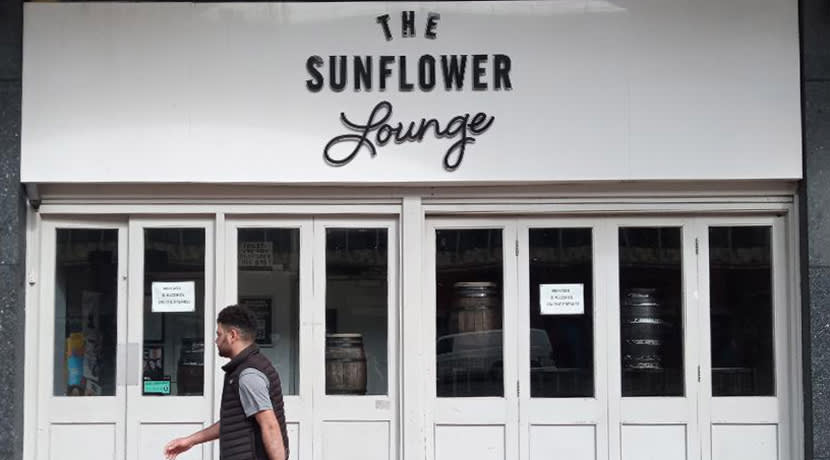 Birmingham and Midlands grassroots music venues, including The Sunflower Lounge – a mainstay of the UK touring circuit for 18 years - are facing the imminent threat of closure as a result of the Covid-19 pandemic.

The impact of such closures, which are as a result of the loss of income and pressure from landlords and property owners, as well as inaction from local and central government, could lead to job losses in the thousands - likely to most affect musicians and freelance music industry professionals.

Speaking to BBC Midlands Today for a news report by arts and culture correspondent Satnam Rana broadcast at 1830 tonight, The Sunflower Lounge booker and promoter Carlo Solazzo of Birmingham Promoters warned that the Smallbrook Queensway venue was ‘a month or two away from closing for good’ as a result of the forced suspension in trading for four months, in turn leading to a loss of income, community and performance spaces for the city’s emerging musicians and artists.

“The Sunflower Lounge is one of only a few truly independent small venues in the city and is home to hundreds of local musicians, freelancers and gig-goers. It’s also the starting point for many artists who go on to develop into national and international touring artists. To lose this community asset through lack of inaction on political and business leaders’ part will be a huge blow to Birmingham’s cultural fabric.”

According to research by the Birmingham Live Music Project (BLMP) team, made up of academics from Aston University, Birmingham City University and Newcastle University, pre-Covid there were approximately 197 venues within the B-postcode offering capacity for an estimated 98.000 people.

In their latest post on the project website, BLMP researchers indicate that ‘Birmingham has had a variety of live music venue types, ranging from social and student clubs (around 14%) putting on occasional live performances, all the way to large and medium live music venues (~4%), like the O2 Academy (B11 DB). However, predominant are pubs, bars and small venues (56%) with capacity below 400.’

Applying mandatory social distancing measures to indoor spaces significantly reduces the capacity of most grassroots music venues, in some cases down to as little as 25%. For most new and established premises which exist by presenting and promoting live music, such a setup is disastrous in economic and artistic terms.

Despite hard-hitting initiatives from within the live music sector such as the UK Music #letthemusicplay and Music Venue Trust #saveourvenues campaigns, as well as the promise of financial support from DCMS to the tune of £1.57bn and a reopening road map announcement from Prime Minister Boris Johnson, venue closures or proposed shutdowns are beginning to emerge across the UK.

Lyle Bignon, founder of industry body Birmingham Music Coalition who lobbies on behalf of the city’s music industries and who is also quoted in the BBC Midlands Today report, stated that ‘The live music sector in Birmingham and Midlands has been failed by local and central government to date, and it is crucial that much more of a collective value is placed on contemporary, popular and commercial music by the city and region if it is to survive this unprecedented challenge.

“We are calling for unprecedented support from political and business leaders more urgently than ever – particularly with major showcase projects such as HS2 and Birmingham 2022 Commonwealth Games on the horizon. We must start a dialogue with all parties concerned, and now.”

Singer-songwriter Namywa Jazz, who has performed as part of The Sunflower Lounge’s lockdown live-streamed performances from Birmingham musicians, repeated industry and sector concerns: “Over the last few years as a city we have lost many music venues crucial to Birmingham’s vibrant music community.

“Artists, creatives and music fans here in the Midlands have felt these losses the most. The threat of more grassroots music venues shutting their doors for good due to the pandemic is a scary and daunting thought for us all. It’s more than bricks and mortar; venues like The Sunflower Lounge are the only ways that we, as live performers, can really connect with our homegrown fan base. It’s crucial that government and councils take action immediately.”