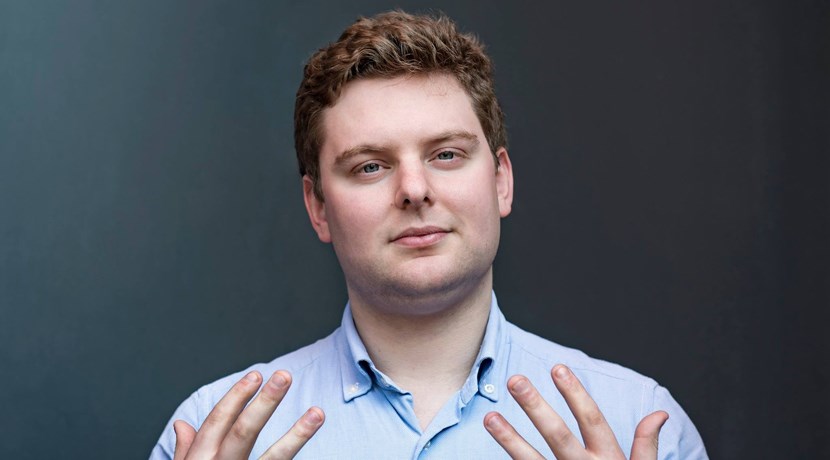 A current student and graduate from Birmingham Conservatoire are celebrating after being named as winners in a major international music competition.

Roche van Tiddens from South Africa and Ryan Probert (pictured) from the Forest of Dean have both been commissioned to compose new work as part of the Young Composers Meeting (YCM) in the Netherlands.

The YCM, held in the central city of Apeldoorn, is one of the leading international events of its kind, bringing together 16 composers under the age of 30 from all over the world. Of the 16 composers selected from over 100 applicants this year, five were current students or graduates of Birmingham Conservatoire.

The YCM is organised by orkest de ereprijs, the leading ensemble for new music in the eastern Netherlands, in co-operation with Podum Gigant – with its Composition Competition held in collaboration with Gaudeamus Muziekweek.

The intention of the Meeting is to give young composers the opportunity to exchange ideas about contemporary music and, at the same time, allowing them to be part of the learning process of composing with an ensemble at hand. At the closing concert, three composers are commissioned to write a new composition.

As part of their prize, Ryan Probert will be writing for the Nationaal Jeugd Orkest (National Youth Orchestra) in the Netherlands and Roche van Tiddens received a commission for the International Masterclass Apeldoorn in August this year.

26 year old Roche van Tiddens is currently studying composition at Birmingham Conservatoire, part of Birmingham City University. He said: “At the end of the week, our pieces we had prepared before the YCM were performed and the composition lecturers formed a jury to choose three prize winners. The prize I won is a commission to write an eight-minute piece for an ensemble of solo violin, viola, violoncello and clarinet, to be played in Apeldoorn later this year.

“This is my first commission as a composer and has led me to believe that the direction I am moving in with my music is on the right track.”

The 23rd Young Composers Meeting was held at Gigant Podium & Filmtheater in Apeldoorn between 12 and 17 February 2017. Prior to the final concert, participants enjoyed one-to-one teaching, lectures and excursions organised by orkest de ereprijs, and delivered by leading international musicians.

25 year old Ryan Probert graduated from Birmingham Conservatoire with a masters last year. He said: “It was amazing to be one of the last 16 finalists out of the hundreds who entered, but winning was beyond my imagination. You only have one chance to attend the meeting, so when the realisation of getting the prize hit me I was in tears, knowing this was a real achievement.

“I’m really excited to be working with the Nationaal Jeugd Orkest and one of the sweetest moments was being presented with a painting – painted by one of the orchestra’s members – after winning.

“The week was fantastic; meeting and exchanging ideas with fellow composers really was a once in a lifetime opportunity. Ending it with such a haul for Birmingham Conservatoire was a perfect way to finish the trip, and a glowing testament to the quality of education there.”