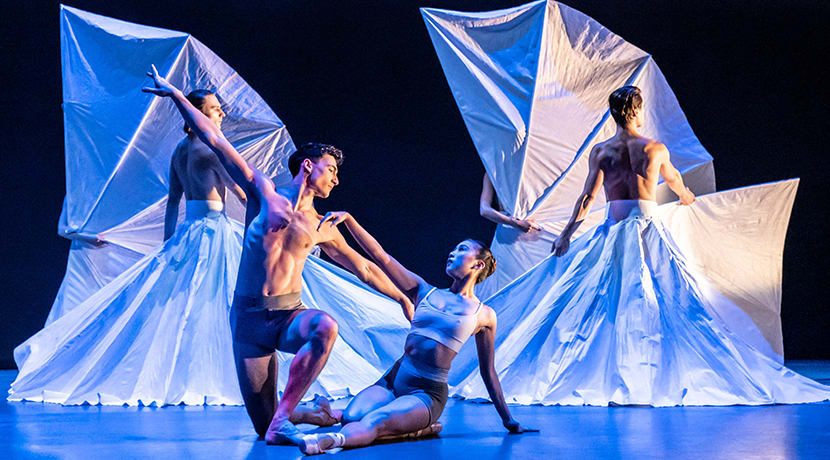 Birmingham Repertory Theatre will become the first major venue in the city to host a live performance in front of a socially distanced audience.

Birmingham Royal Ballet's Lazuli Sky is being world-premiered by The REP, with five performances taking place, all of which sold out within 24 hours of being on sale.

The performances are the first in a brand-new partnership between Birmingham Royal Ballet and The REP, which will see the two established companies combine creative ingenuity to stage new dance works in the heart of Birmingham city centre.

Commenting, Sean Foley, artistic director at The REP, said; “It's a real thrill to be welcoming audiences back to The REP for live performances. We've been working behind the scenes for this moment for over seven months now, and we are honoured to be the first major venue in Birmingham to welcome back live theatre. Whilst still far from being back to normal, with strict social distancing and health & safety measures in place, we are confident that we can welcome audiences safely to these world-premiere performances.

“It's also a great pleasure that these performances are by one of our city’s other great companies, Birmingham Royal Ballet - the first in a series of new commissions as part of a new ongoing partnership between The REP and BRB.

“A huge thank you goes to all of our audiences, who have bought tickets for this coming weekend and further upcoming shows here at The REP, as well as those individuals who have supported our theatre during these unprecedented and challenging times.”

Director of Birmingham Royal Ballet, Carlos Acosta, added: "The entire Birmingham Royal Ballet company, on and off stage, is thrilled to finally be performing live for audiences in our home city with a brand new commissioned work inspired by our experiences during the pandemic. What better way to begin our partnership with The REP than with these five sold-out shows marking this major moment in history. We look forward to future collaboration, bringing more exciting new ballets to The REP and entertaining audiences. It’s going to be a fantastic experience for all of us."

For audiences unable to attend performances of Lazuli Sky in person at The REP, an online streaming of the production will be available on a pay-per-view basis from Sunday 1 November.

The REP will also be hosting two further world premieres to socially distanced audiences this winter: Rosie Kay Dance Company’s Absolute Solo II on 21 November; and Constructed from 3 to 5 December. Both productions are currently sold out. Visit birmingham-rep.co.uk for more information and to join the waiting list should further tickets be released.

In line with current government regulations, The REP has taken a number of carefully managed steps and precautions to help audiences feel safe and enjoy their chosen performance. More information can be found at birmingham-rep.co.uk.