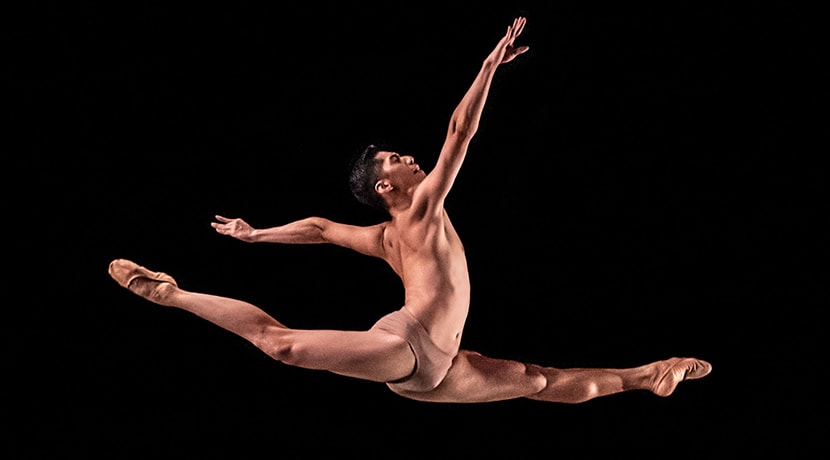 The show, presented in partnership with Birmingham City Council, marks 30 years since the Sadler’s Wells Royal Ballet moved from London to the city in October 1990 and became Birmingham Royal Ballet.

Filmed at Birmingham’s iconic Town Hall, the special programme will be hosted by Birmingham Royal Ballet’s Director Carlos Acosta who will be joined virtually by Leader of the Birmingham City Council, Councillor Ian Ward and Councillor Jayne Francis, Cabinet Member for Education, Skills and Culture; and will be available to view worldwide on the Company’s Facebook from 19 November for seven days.

The show will mark 30 years since the Leaders of the Birmingham City Council had the visionary foresight to invite Sadler’s Wells Royal Ballet to move to the City, building the Company a new home and studios attached to Birmingham Hippodrome in Thorp Street. Over the past three decades Birmingham Royal Ballet has cemented its place as one of the jewels in the crown of the City of Birmingham – displaying the city’s name as the Company has toured nationally and internationally entertaining millions and premiering 58 brand-new ballets. Birmingham Royal Ballet has been proud to take the spirit and name of Birmingham across the globe on tours including China, Hong Kong, Italy, Thailand, the USA, South Africa, Spain, Germany and Japan.

Leader of the Birmingham City Council, Councillor Ian Ward said: “I am delighted that this performance was captured at Birmingham Town Hall - another of the jewels in the cultural crown of our wonderful city. Birmingham is truly a global city for the arts and Birmingham Royal Ballet helps spread the city's name and reputation for supporting the arts around the world.  Sadly, this performance was filmed without an audience, as a result of the current Covid regulations, but all of our arts organisations in Birmingham are fighting to keep active and entertaining audiences in safe and innovative ways.  We all need to keep supporting these organisations as they are not only the cultural heart of our city, but important generators of jobs, education and our entertainment economy.”

Birmingham Royal Ballet is also at the heart of the local community, for over 21 years the company has delivered free workshops for 2,500 local primary school children every year, to identify young talented dancers with raw talent who Birmingham.

Royal Ballet then provides free ballet training and dance clothing to for up to two years, helping them achieve their dreams. For the last fifteen years Birmingham Royal Ballet has run the ground-breaking Freefall Dance Company for local Birmingham young adults with learning disabilities who train at the Company every week and regularly perform.

As England enters another period of lockdown, this online show is being broadcast as a gift to the city of Birmingham from Birmingham Royal Ballet who want to thank the city and audiences for all their support and to welcome new audiences, who may not have yet seen the company perform. The show will be available across the globe and offers a message of hope to audiences in a time when people aren’t currently able to enjoy live performances in person.

Staying true to the city of Birmingham’s motto the Company remains committed to pushing ‘forward’ during this time, and recently announced a specially adapted production of the classic Christmas fairy tale The Nutcracker, which will run at The REP from 14 – 22 December 2020 followed by the fully staged production at the Royal Albert Hall.

Artistic Director of Birmingham Royal Ballet, Carlos Acosta, said: “Circumstances this year have meant that we are not able to celebrate our 30th Anniversary in person but we are so pleased that we are able to give this gift to the City of Birmingham to say thank you for 30 years of support and memories. I’m so happy we can perform on the stage of the wonderful Birmingham Town Hall which has been a feature of the city for nearly 200 years. Thank you to Town Hall Symphony Hall and Birmingham City Council for their support of this special event.”

Town Hall has been a hub of civic and cultural life in Birmingham since 1834. From classical to comedy to rock to pop, it’s now one of the city’s most versatile venues having featured artists such as David Bowie, Led Zeppelin, The Beatles, Caitlin Moran and more. Famous classical premieres include Mendelssohn’s Elijah and Elgar’s The Dream of Gerontius, The Apostles, The Kingdom and The Music Makers.