Brick-tastic! - There’s so much fun to be had at Legoland this summer holiday 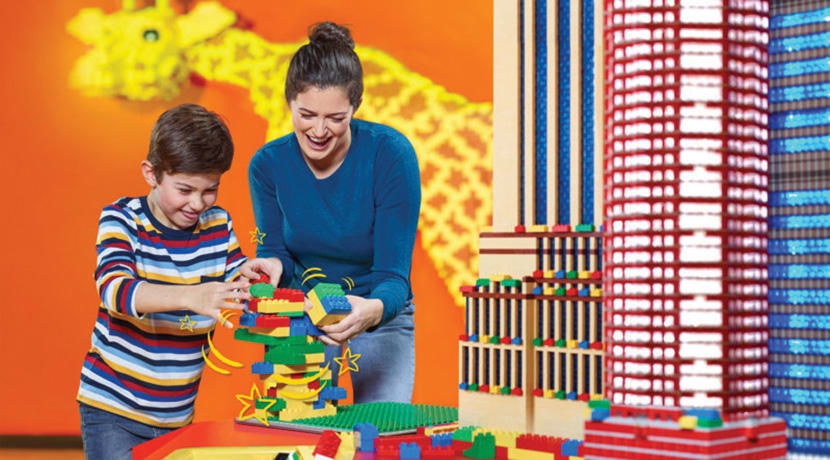 There’s plenty of fun to be had at Legoland Discovery Centre, the Birmingham home of the nation’s favourite construction toy.

A 10ft-tall, 30,000-brick giraffe installed outside the Brindleyplace attraction offers a preview of what’s to come. There’s no end to the impressive designs and creations dotted around the site - perhaps most notably the fully functioning clock tower, which takes centre stage.

Legoland Discovery Centre houses a city builder area, a duplo farm, two rides - Kingdom’s Quest and Merlin’s Apprentice Ride - and a 4D cinema. But perhaps the most impressive attraction at the venue is Lego Miniland.

Built from more than 1.5 million Lego bricks, Miniland is a replica of Birmingham. The model includes Lego constructions of the Library of Birmingham, Bullring, the BT Tower and The Mailbox. It also features interactive elements; children can entertain themselves by racing boats along the canal or getting stuck into a game of football at the ‘mish-mash’ of Aston Villa’s and Birmingham City’s stadiums.

Miniland took nine people nine months to build - which is hardly surprising given the attention to detail. Tiny Lego figures can be seen eating inside some of the buildings, cars travel along the roads, and even the boats on the canal are attached to tethers, allowing them to float along the Canal Old Line.

The centre’s brick pits are currently not in operation, in line with government guidelines. However, to ensure there’s plenty of opportunity for imaginative play and adventure, each guest will be given their very own bag of Lego with which to build things during their visit. These bags are returned once the session ends and are then deep-cleaned before other guests are allowed to use them.

Over at the 4D cinema, screenings of Nexo Knights, Ninjago and a specially created version of Lego Movie show in rotation. All three films last between 20 and 30 minutes.

Legoland Discovery Centre is the perfect place to share creative play time with your little ones. Designed with children in mind, it's ideal for kids aged three to 12, and all adults must be accompanied by a child to enter. That said, the attraction is just as enjoyable for parents as it is for their children. Mums and dads are encouraged to leave their phones in the lockers and get involved in play too; creating quality family time is an absolute priority for the centre.

The onsite Lego shop is the perfect place for lovers of the legendary toy to expand their collection. Located next door to the Legoland Discovery Centre, the retail outlet boasts a number of exclusive lines. Visitors from as far afield as London now travel up to the Midlands to get their hands on the merchandise. The ‘pick a brick’ wall is particularly innovative, allowing Lego fanatics to stock up on bricks of all sizes and colours in order to complete their creations.

To protect the safety both of visitors and staff, Legoland will run two daily play sessions, one from 10am to 12pm, and another from 1.30pm to 3.30pm. Entry will be from 9.30am and 1pm respectively. The entire centre will be completely cleaned before and after each event to ensure safe creative play for all guests.

Advance tickets can be booked at birmingham.legolanddiscoverycentre.co.uk