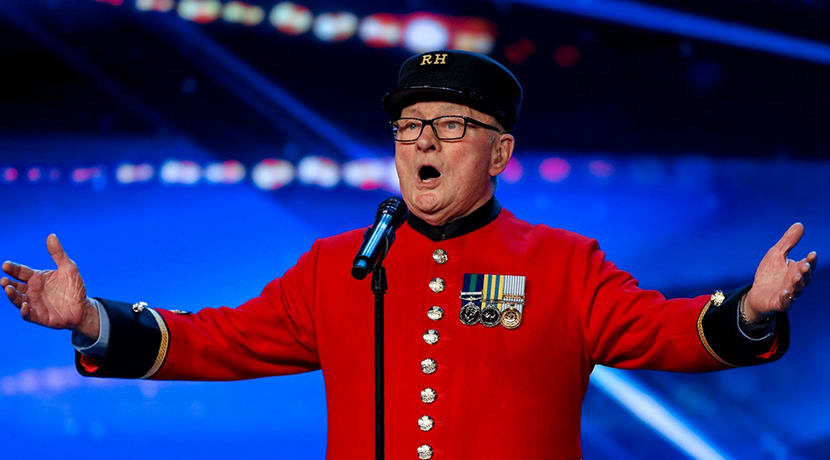 Colin Thackery, the winner who stole everyone’s hearts on Britain’s Got Talent earlier this year, has announced a major tour for 2020, including a show at Town Hall Birmingham on Wednesday, 25 March 2020.

From the Royal Hospital Chelsea, to the Britain's Got Talent Final, Colin Thackery made quite an impression from start to finish.

When the 89-year-old Chelsea Pensioner Colin Thackery started to sing, there was barely a dry eye in the house.

Performing on Britain’s Got Talent in his iconic scarlet jacket, with a row of medals across his chest, he mesmerised the audience as he lifted his voice in memory of his beloved wife Joan. When he left the stage, he was told that even the technicians were crying. Colin is an incredibly worthy winner.

Since the show, Colin has become the oldest person to ever sign a record deal at the age of 89. His debut album Love Changes Everything is out 6 December on Decca Records, in partnership with Syco.

The show will see Colin perform his favourite songs from the album as well as his much-loved tracks from Britain’s Got Talent. Colin will also be joined by acclaimed musical director, supervisor and conductor Jae Alexander.

Speaking about the show Colin says, “I am so excited to continue this journey and meet lots of new people”.

Tickets go on sale at 9am on Friday 21 September here