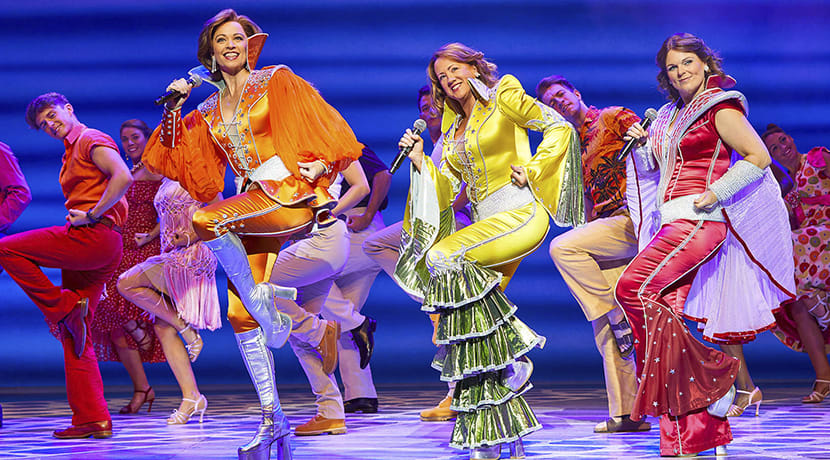 Full casting has been announced for the sensational feel-good musical MAMMA MIA! which comes to Birmingham Hippodrome from Tuesday 12 – Saturday 30 May 2020 as part of its UK & International Tour celebrating 20 years since MAMMA MIA! premiered in London in April 1999.

From West End to global phenomenon, MAMMA MIA! is Judy Craymer’s ingenious vision of staging the story-telling magic of ABBA’s timeless songs with a sunny, funny tale of a mother, a daughter and three possible dads unfolding on a Greek island idyll.

To date, it has been seen by over 65 million people in 50 productions in 16 different languages.  In 2011 it became the first Western musical ever to be staged in Mandarin in the People’s Republic of China.  MAMMA MIA! became the 8th longest running show in Broadway history where it played a record-breaking run for 14 years. MAMMA MIA!continues to thrill audiences in London’s West End at the Novello Theatre where it celebrated its 20th Anniversary on 6 April 2019.

Produced by Judy Craymer, MAMMA MIA! The Movie became the highest grossing live action musical film of all time upon its release in 2008.  A second film, MAMMA MIA! HERE WE GO AGAIN, opened in July 2018 and is the most successful live musical movie sequel of all time.

Sharon Sexton who plays Donna originated the role of Sloane in Bat Out Of Hell The Musical (The Manchester Opera House, The London Coliseum, The Ed Mirvish Theatre Toronto & Dominion Theatre) for which she won a West End Wilma Award for Best Actress in a Musical. Further theatre credits include The Commitments (The Palace Theatre), Billy Elliot (Victoria Palace) and Somewhere Under the Rainbow (UK Tour and Edinburgh Fringe Festival), for which she won best actress award in the IDGTF.

Please refer to www.mamma-mia.com for full cast listings and biographies.