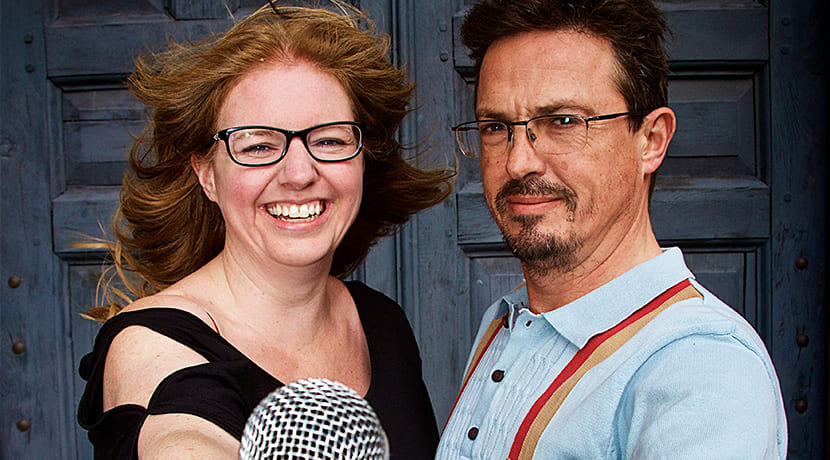 Comedy At Work are aiming to get local communities giggling for a good causes when they bring their latest gig to Hockley Heath next week.

On Saturday 23 November the comic line up continues at King George Memorial Hall in the village to boost funds for the popular venue.

Anne Docherty from Stratford-upon-Avon and Mark Hinds from Warwick are the creative minds behind Comedy at Work, an innovative new business that brings stand-up to venues across the country in support of local charities.

Helping them to lay on the laughs in Hockley Heath will be two visiting Birmingham comedians including Sachin Kumarendran and Lovell Smith.

Twenty-five-year-old Sachin, who is originally from Middlesborough, first began performing three years ago and started to get noticed on the comedy scene when he became a finalist in Jason Manford’s national competition Manford’s New Act of the Year earlier this year.

Lifelong Brummie Lovell Smith fits the comedy circuit around his full time job as an assistant accountant since entering the world of stand up earlier this year.

Lovell, 27, who used to be a competitive bodybuilder, said: “I love the fact that I can walk into a room of strangers and make them laugh - that feels great. It’s one thing to make your friends laugh, but to make people you don't laugh is a great feeling."

Part of the proceeds from the night will go to The King George Memorial Hall. Built in 1892, the facility was bought in 1952 by local politician Walter Higgs and gifted to the village.

As well as raising money to support itself, the building also supports local groups and charities acting as a daily hub for, among others, social clubs, gardening, mother and toddler, church, Macmillan, U3A Fete Association and brownies and guides.

Hall manager Tracie Pal said: “The hall is a big support to the community, including local groups and charities as well as a major gathering point for the village.”

Co-founder Anne Docherty said: “I had spent several years on the PTA committee of my daughters’ primary school and it really struck me that there was a different way to raise funds aside from the normal cake sales, by adding a different sort of event into the fundraising calendar, and have applied it to this.

“This is such a great way of enjoying comedy, bringing the community together and raising money for it at the same time.”

For details of Comedy At Work’s next gigs, including Honeybourne, Stretton On Fosse, Leek Wootton, Norton Lindsey and Burton Dassett, visit: comedyatwork.com