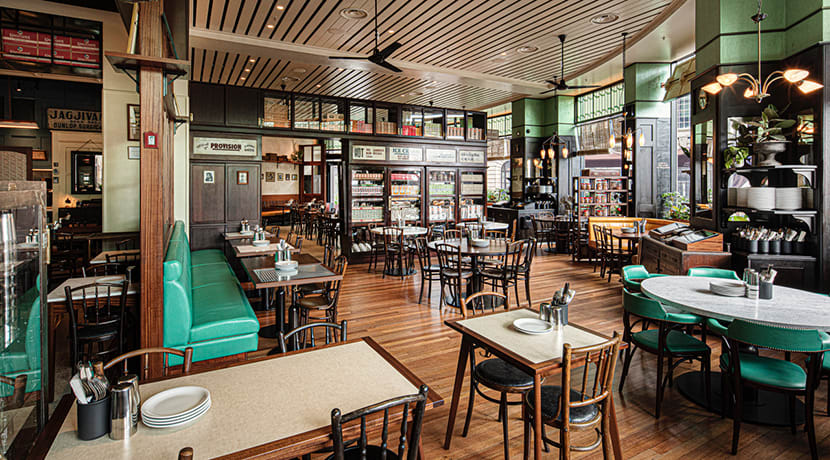 The café - which was originally due to open on 1 April - will welcome guests for a soft launch from Saturday 18 July to Wednesday 5 August, before opening officially on Thursday 6 August.

As part of Dishoom’s measures to keep everyone safe, for the very first time Dishoom is opening reservations for the soft launch, where diners will get 50% off food. Reservations will be taken for groups of up to six at any time of day, including evenings. Bookings can be made for the soft launch now via dishoom.com/birmingham.

There will also be space kept for walk-ins at all times of the day. Owing to the unpredictibility of British weather, bookings will not be taken for Dishoom Brimingham’s large outdoor terrace, but will be offered on arrival on a first-come, first-served basis.

The restaurant pays loving homage to the old Irani cafés that were once part of the fabric of life in Bombay, and the design weaves together threads of Bombay’s heritage with a narrative inspired by Birmingham.

Each Dishoom restaurant has a story - akin to a founding myth - deeply rooted in Bombay history, which informs all aspect of the café’s design. Inspired by Birmingham’s history as 'the city of a thousand trades', Dishoom Birmingham explores the unique parallels with the trades and markets of Bombay and the importance of the city’s commercial past.

Executive Chef Naved Nasir’s menu of Bombay comfort food will be served from breakfast until late. Dishes are cooked in Hindu, Muslim, Irani and Parsi traditions.

For every meal served at Dishoom Birmingham, the team will donate a meal to one of their long-term charity partners, Magic Breakfast and Akshaya Patra - two charities that provide free, nutritious meals to children who might otherwise go hungry.