With the Christmas holidays behind us and the kids now back at school, we take a look at what's on offer across Midlands venues to keep youngsters entertained in the coming months...

A show which producers Lyngo Theatre are confident will be ‘the cat’s whiskers’, Puss In Boots tells the tail, sorry, tale, of a fabulous furry feline who outwits both a king and an ogre to make his master the top, er, dog... Expect smoke, mirrors, hidden trapdoors, a working windmill, an avalanche of fruit & nuts and a host of puppets. 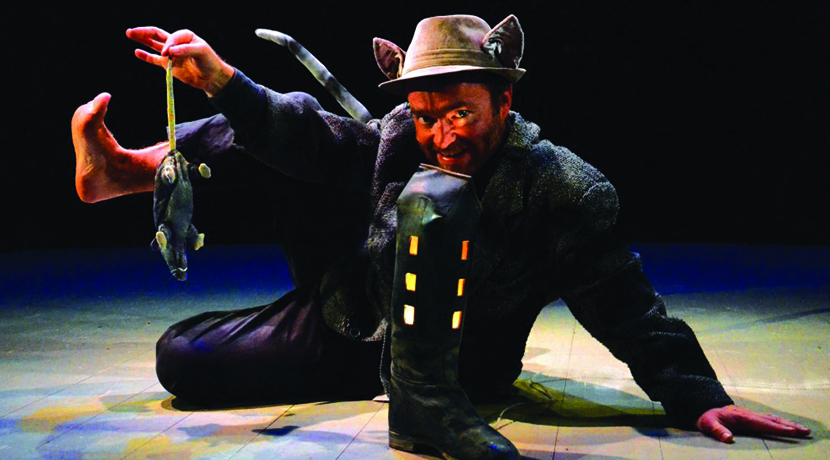 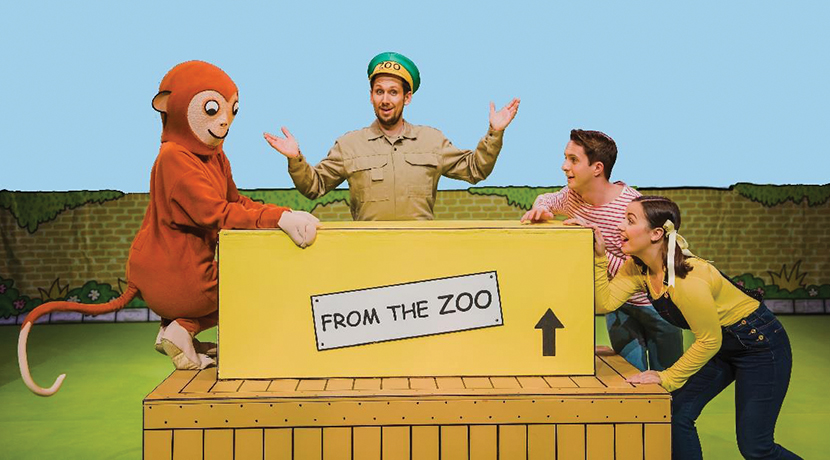 Now an impressive 35 years into his firefighting career, Fireman Sam is still putting out blazes in Pontypandy and lighting up children’s eyes the length and breadth of the UK.
In this latest adventure, perpetual troublemaker Norman Price decides to become the star of the circus. But with a tiger on the loose and faulty lights threatening everybody’s safety, it’s soon time for Fireman Sam to reach for his trusty hose and come to the rescue. 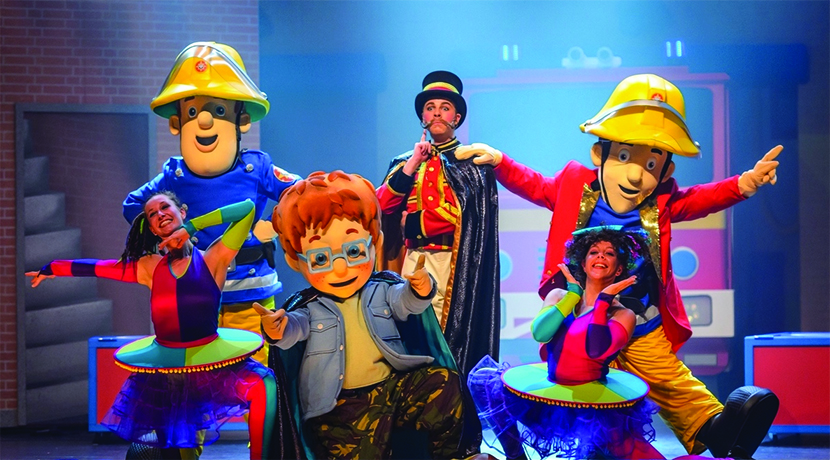 Birmingham Stage Company has impressive form when it comes to adaptations of David Walliams’ work (see Gangsta Granny, above), so anybody wondering whether or not to check out this show should definitely grasp the nettle.
For those unfamiliar with the book, it tells the tale of how Mr Spud made and lost his billions, and how his son, Joe, became the richest boy in the world. 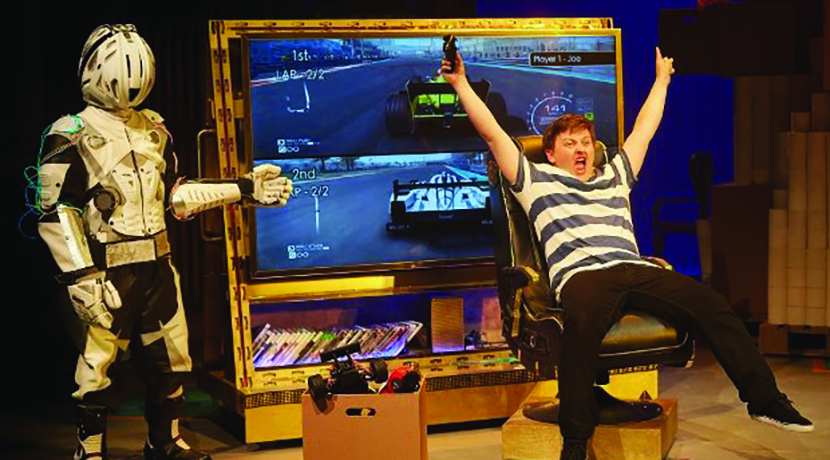 Leeds-based Northern Ballet has developed a reputation for producing work that’s as much about storytelling as it is about dancing - a fact very much in evidence in its latest  production for little ones.
Pinoccho has been specially designed to provide an enjoyable and absorbing experience for young children who are sampling live ballet, music and theatre for the very first time.
The production is approximately 40 minutes in length. 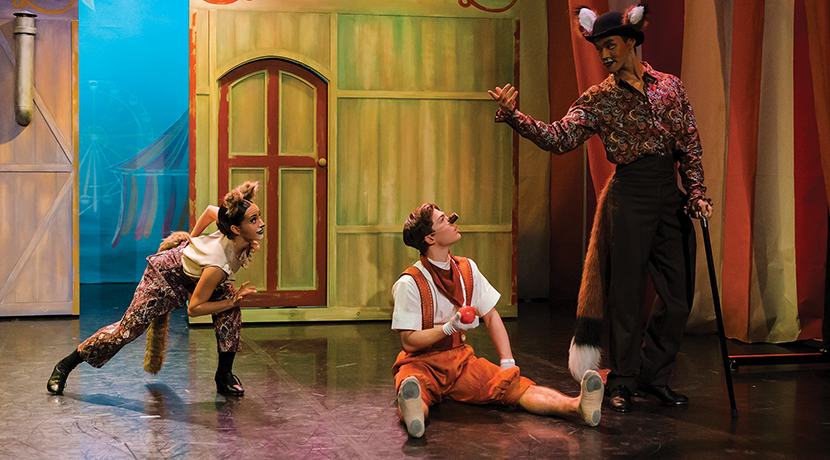 The wise old owls at Fierylight & Little Angel Theatre know a smart move when they come across one - and with regard to attracting a young audience, presenting a stage adaptation of a Julia Donaldson book is just about as smart a move as a theatre company can make.
Donaldson’s giant, George, decides his scruffy days are a thing of the past and buys himself some oversized clothes. But when he encounters various animals needing his assistance - and more particularly, his newly purchased items of clothing - George soon realises that it isn’t clothes that maketh the giant but rather a gargantuan sense of generosity and a colossal warm heart...
Suitable for children aged between three and eight. 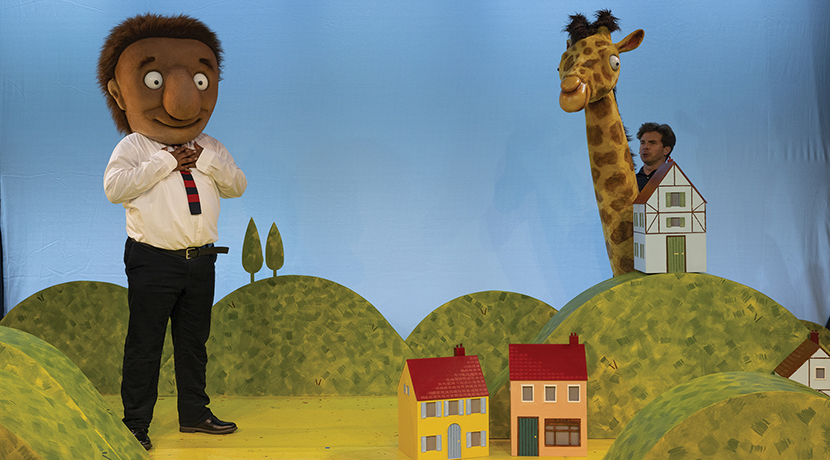 If you’re familiar with Steven Lee’s previous work - including Don't Dribble On The Dragon and How The Koala Learnt To Hug - you’ll surely want to take your little ones to see this brand-new stage version of his latest picture book.
Presented by The People's Theatre Company, I Spy With My Little Eye sees Molly and Bingo the Puppy-Dog inviting youngsters and their families to Molly's sixth birthday party - a celebration that comes complete with ‘a terrific treasure hunt, all your favourite singalong songs and lots of fantastic games to play’. 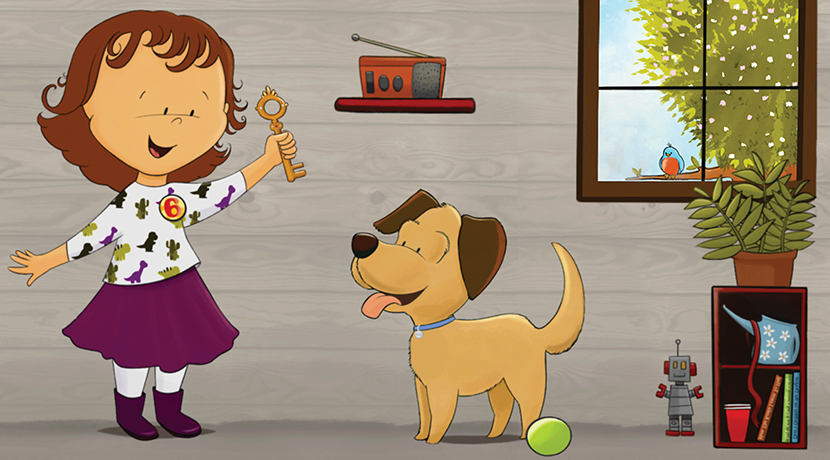 The ever-popular Birmingham Stage Company make a welcome return with their charming adaptation of David Walliams’ best-selling book.
Ben’s no lover of Friday nights - and why would he be? After all, Friday nights mean having to stay at Granny’s house, where he’s not only bored senseless but also has to eat an unholy trinity of cabbage dishes - cabbage soup, cabbage pie and cabbage cake.
But experiences can sometimes be deceptive, and Ben soon finds out that there’s way more to his boring old Granny than meets the eye... 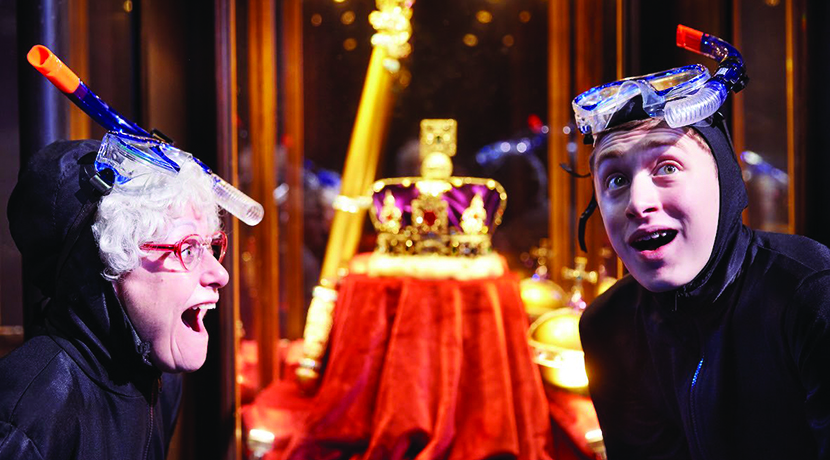 Get set for some serious swashing of bucklers as the Pirate King heads out on a quest for ‘treasure beyond gold and jewels’ in this ‘operatic singing adventure’. Along the way he encounters all manner of mysterious creatures, from the Queen of Cats to the beautiful and bedazzling Singing Mermaid. The show is presented by the highly regarded Absolute Children’s Opera.

THE WIND IN THE WILLOWS Palace Theatre, Redditch, Wed 23 February

Kenneth Grahame’s famous children’s book tells a classic story of how one life can command the full attention of three others.
Mole, Badger and Ratty simply don’t have time for any of their own interests - they’re way too busy having to look after their reckless and irrepressible friend, Toad... The multi-award-nominated Immersion Theatre is the ensemble behind this new version of one of the 20th century’s best loved and most delightful yarns.

With previous shows including Tiddler And Other Terrific Tales,  Tabby McTat and the first Zog story, it’s fair to say that Freckle Productions know a thing or two about presenting stage adaptations of Julia Donaldson & Axel Scheffler stories...
This brand-new show finds Zog providing an air-ambulance service with the assistance of his ‘flying doctor’ crew, Princess Pearl and Sir Gadabout. But Pearl’s uncle, the king, doesn’t believe that princesses should be doctors, and before too long she finds herself locked up in the castle and once again forced to wear a crown and a ‘silly frilly dress’. Needless to say, help is soon at hand... 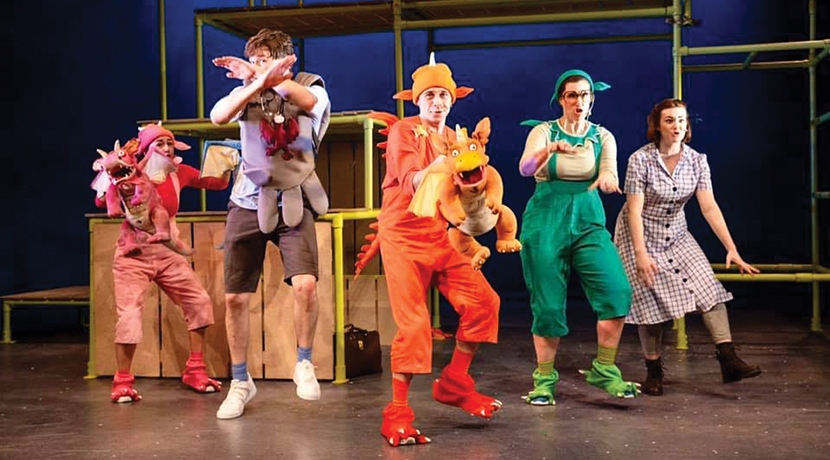 Designed to enlighten, educate and entertain children aged four and older, Exciting Science promises plenty of ‘wiz, bang, pop and splurt’, as the show’s scientists carry out all manner of fun and fact-filled live experiments. So if you think your kids would enjoy seeing some boffins create a volcanic eruption, turn a vacuum cleaner into a missile launcher and take aim with a smoke blaster, then this is definitely the show to check out. 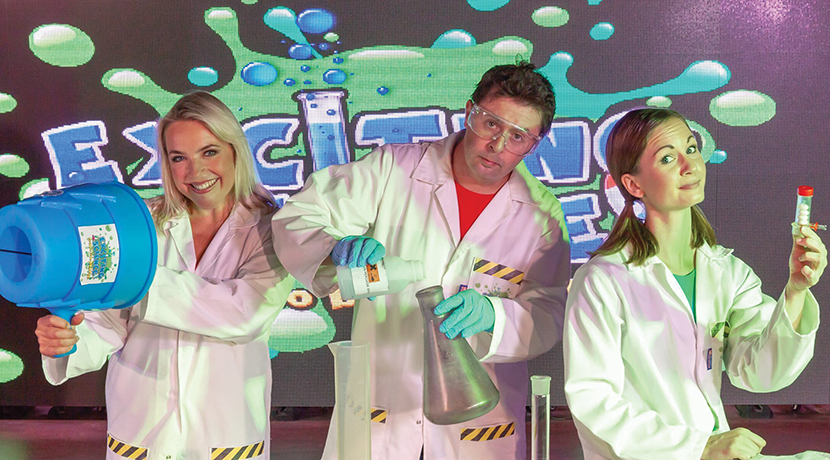 Milkshake Monkey’s putting on a musical - and he’s inviting little ones to come along and join in the fun with Paddington, Daisy & Ollie, Milo, Noddy, Pip & Posy and Blue’s Clues...
If you’ve watched the TV series and/or been to a previous live production, you’ll already know what to expect from a Milkshake! show. If not, get ready for an event that promises lots of laughter, bucketloads of family fun, bags of audience participation and plenty of singing and dancing. 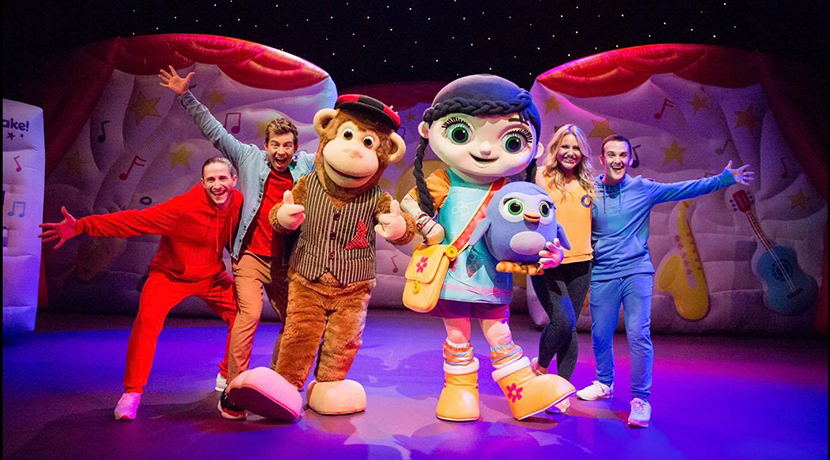 "I want to share my culture and experiences,” says Jabala & The Jinn writer Asif Khan. “We don’t see much theatre about British Muslims, particularly for this age group - children between five and 12. I know that growing up I didn’t have that, and we underestimate how important that is to children.”
This 50-minute show tells the story of a little girl named Jabala who, with the help of a ‘refugee boy’ at school, summons a Jinn. But this is no ordinary Jinn, not like the ones in grandma’s stories, and Jabala is in for a big surprise... 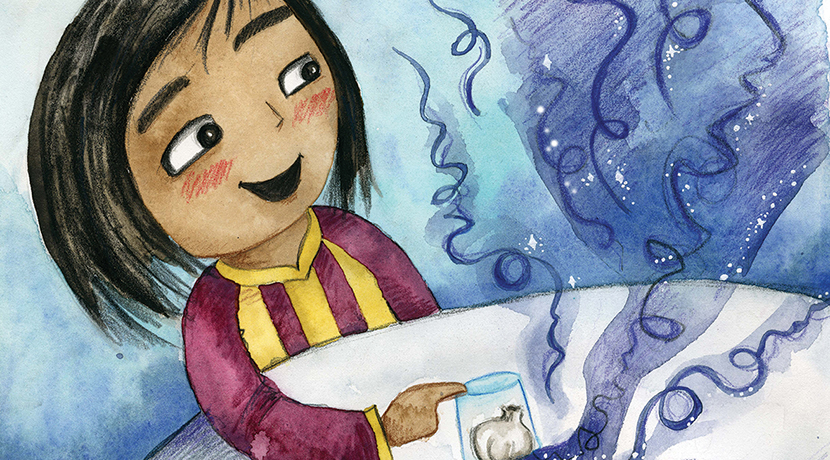