Hair The Musical is coming to Birmingham 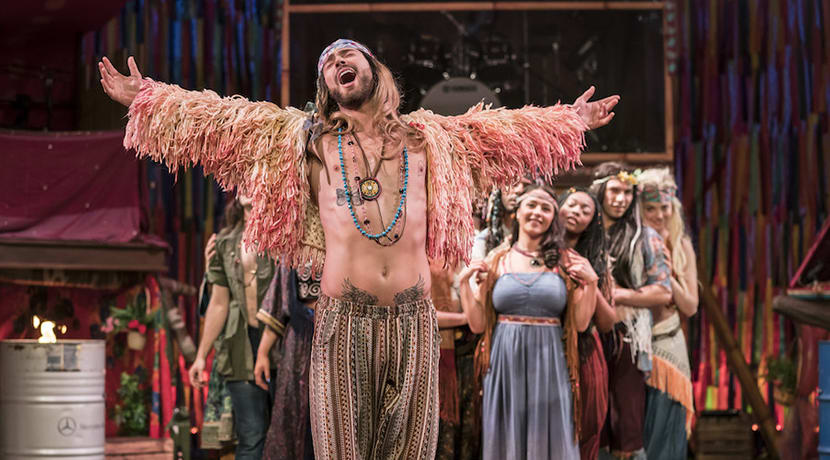 Winner of the 2018 WhatsOnStage Award, this exuberant 50th anniversary production of the legendary rock musical Hair bursts into Birmingham in full psychedelic glory, direct from a sell-out London run.

Starring Dancing on Ice Winner Jake Quickenden, Daisy Wood-Davis (Hollyoaks/ Dreamboats & Petticoats) and Marcus Collins (X-Factor Finalist/ Kinky Boots) and adored for its Grammy award-winning score featuring iconic hits such as Aquarius, Let the Sun Shine In, I Got Life and Good Morning Starshine, experience the intoxicating power of Hair and celebrate its affirmation of life, freedom and equality.

Welcome to the ‘Age of Aquarius’. It’s 1967 and Hair’s hippie ‘tribe' youngsters in the East Village of New York are yearning to change the world, questioning authority and the American flag. Wild, colourful, sexually liberated and free, they are united in protest and song, under the shadow of the Vietnam War.

Hair The Musical shows at The Alexandra Theatre from 29 April - 4 May.