This autumn sees Midlands Arts Centre (MAC) celebrate 60 years at the heart of the city’s cultural scene. What’s On recently caught up with Chief Executive & Artistic Director Deborah Kermode to find out how the venue plans to celebrate...

A very happy birthday to MAC! The ever-popular venue is this autumn celebrating its 60th anniversary, having been founded back in 1962 as the Midlands Arts Centre for Young People.

The building was the brainchild of John English, an industrial chemist with a passion for the arts. Together with Councillor Sir Frank Price, he gained support for the project from Birmingham City Council, which then provided the eight-acre site in Edgbaston’s Cannon Hill Park on which MAC was subsequently constructed.
Sixty years later, the venue remains a much-loved and greatly used centre - as its chief executive and artistic director, Deborah Kermode, explains...

“The beginning of MAC is very empowering - that people with a germ of an idea about how you can bring artists and children together could create MAC - it is really extraordinary. MAC is vital to Birmingham. Eighty-two percent of visitors are Birmingham residents, and they use us regularly. They are loyal and compassionate and caring and creative people - and we are, for many of them, a home from home.”
MAC aims to cater to all interests. As well as hosting films, theatre productions, exhibitions, children’s entertainment and music performances, it also provides classes and workshops across a range of subjects, from creative writing to crafts, photography to fitness and ceramics to singing.

For Deborah, this is the key to MAC’s success.

“Art and creativity matter enormously to people’s lives. There is art that people see, the production of art, art that’s presented which often comes to us as part of a tour, or we make it on-site or with people.
“But there’s also this idea about creativity being at the heart of learning, and as well as being a venue with our wonderful independent cinema and three theatres and beautiful galleries, we also have this whole suite of ‘making’ studios, and that makes us hugely rare. There are many organisations that have studios on-site, but they’re often for musicians or professional dancers. We’re here for everyone, from children coming in with their nanas to make a ceramic squirrel, to young teenagers with anxiety, coming to make textiles.
“What we bring to the cultural landscape of Birmingham is that chance to be creative -  personal creativity - and that’s at the heart of our success. We want people to be on that artistic journey with us. They rub shoulders with professional artists - we have 82 on our payroll - and we’re committed to getting people to do things.” 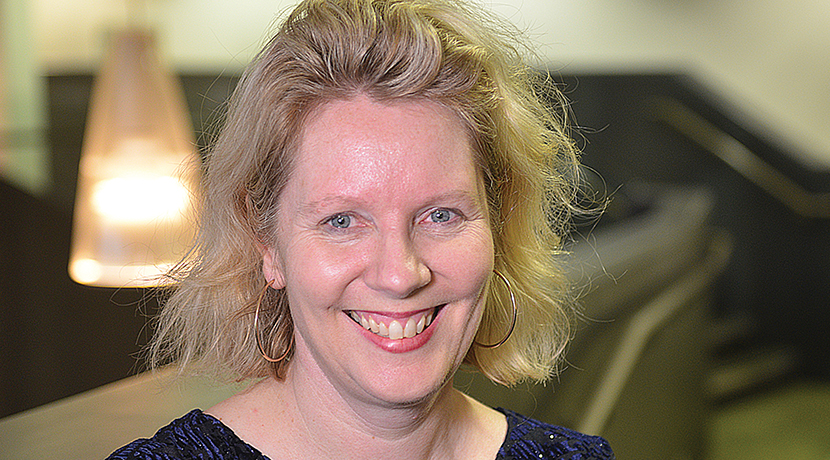 In this way, explains Deborah, the arts can be a part of the local community.

“Creativity is important for our welfare, our wellbeing and community cohesion. People find the most beautiful friendship circles, and these circles then tackle a whole range of difficult issues, such as isolation or racism.

Being sited in Edgbaston gives MAC a different feel from other arts buildings in the city, says Deborah.

“I think we’re unique. We were established in a neighbourhood and have continued to support that neighbourhood. Much of the infrastructure in the 1980s and into the 1990s looked to a city-centre model, but one of the challenges is that many of our communities don’t venture into the city centre. I think we are in a much more interesting position because we live with people and are a family-driven organisation on people’s doorsteps. We are open every day all day, from 9am to 11pm, and those doors are open for free. People can wander in and have the opportunity to be part of our offer.”

MAC has also been keen to respond to the changing needs of Birmingham communities.

“The way we feel about ourselves is that we serve the public, and because we are an interdisciplinary organisation, we need the public to inform us what they want us to do. It’s a partnership really. Our programme is led by the interest of the public, and often the public feel this is a safe place to share some difficult and challenging ideas. I think, particularly with newly arrived communities, our location in the park and the down-to-earth feeling you get in the venue - that we accept everybody - makes them feel comfortable.”

For Deborah, one of the highlights of the past 60 years has been the £15million redevelopment of the venue prior to 2010.

“When we re-opened, we were really able to steam ahead with a brand-new building which was fit for purpose and also for what the public wanted to see. The arts has become such a leisure pursuit these days. But people use our building not just for art. We have church services here on a Sunday morning, we have private ballet classes, private companies come to us as much as charities. It’s really important that we’re used as a public facility. That is part of our positive messaging - that we can cater for you, your family, your business, in different ways.”

And the team are keen to celebrate 60 years of their doors being open to the public.

“The 60th is an opportunity to sharpen our focus in a post-pandemic way - it’s good to remind people of how we serve the communities of Birmingham. And also, for every generation of artist and staff to have an opportunity to reconnect with the mission, vision and values of an organisation is really important. It’s a good-news story - after what has been a very challenging time - to be able to say quite forthrightly, it’s been 60 years and we’re still here, we got through it.”

“People can expect some old-fashioned nostalgia, some looking back, and opportunities to talk together about some of their highlights. And it’s a chance for people to look to the future as well, and to get a sense of how MAC matters to them.”

For full details about events, activities and workshops at MAC, visit macbirmingham.co.uk