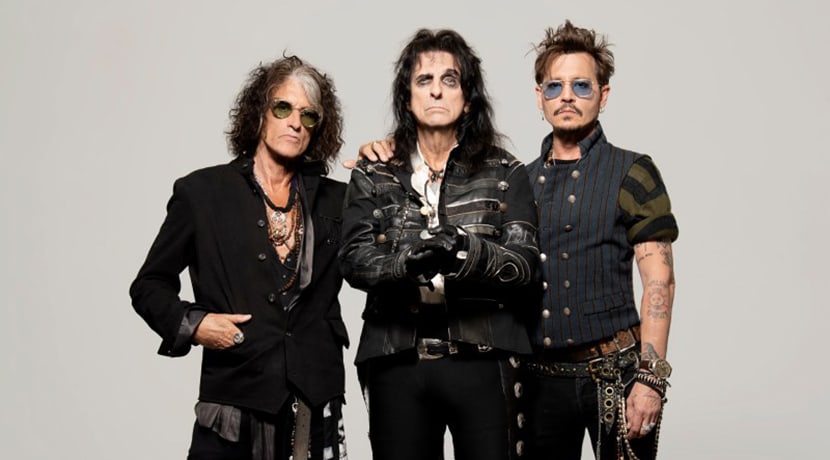 What started with an intimate, star-studded show at the Roxy Theatre in Los Angeles for family and friends, resulted in the Vampires wanting to play as much as possible, trekking across the globe during their short summer break before Joe, Alice, and Johnny had to return to their day jobs. That wildly successful summer tour in 2016 took them to more than 23 cities and seven countries - traversing the world from Verona to New York to Bucharest and headlining festivals such as Rock in Rio to more than 100,000 fans.

A super-group comprised of rock and Hollywood royalty, the Vampires offer fans a non-stop, energetic concert like no other, including their original single “Bad As I Am” from their debut album The Hollywood Vampires released in 2015, plus renditions of some iconic rock favourites.

The story of the Hollywood Vampires began in the 1970s on the Sunset Strip at the Rainbow Bar & Grill’s upstairs bar.  It was a gathering place for the rock stars living in or passing through L.A.  “To join the club, one simply had to out drink all of the members,” says Alice Cooper, a founding member of the original Vampires, “I would walk in on a typical night and John Lennon, Harry Nilsson, Keith Moon—who would usually be in a costume like a maid or a chauffeur—Bernie Taupin, and Mickey Dolenz would be there.”

Cooper and good pal Johnny Depp got together and decided the spirit of the Hollywood Vampires should live again (minus the drinking). Cooper and Depp were joined by long time mutual friend Joe Perry and the recording began: a tribute to the original Hollywood Vampires.  An environment was born for great artists to hang, laugh and play together. Sir Paul McCartney, Dave Grohl, Joe Walsh, Slash, Robbie Krieger, Zak Starkey and more stopped by to record.

Tickets go on sale at 10am on 29 November here