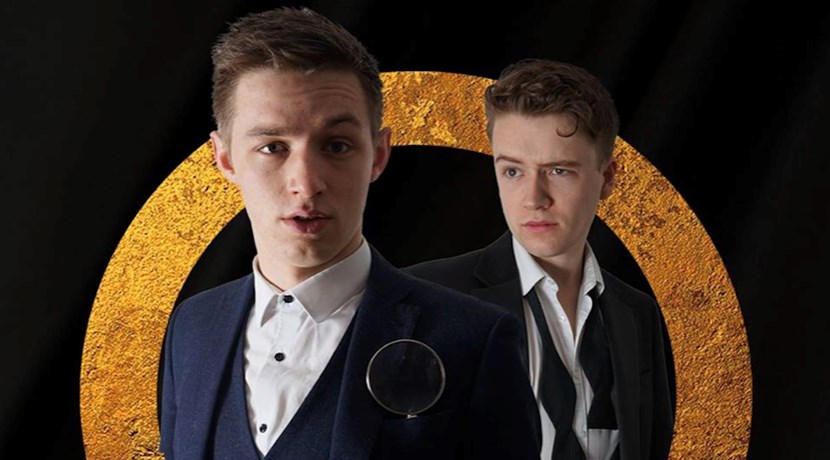 Murdered By Murder, the award-winning show from talented Birmingham comedy duo Lovehard, left the crowd at The Old Joint Stock theatre in stitches.

Jacob Lovik and Tyler Ross proved themselves to be comic geniuses as they simultaneously portrayed nine totally different characters between them in a spectacularly-written whodunit-style show.

When six guests arrive at Drenchblood Heights, the household of Lord and Lady Titan, for a murder mystery party, little do they know they are in for a night of real mystery with multiple shocking (and hilarious) twists and turns.

With no set or costume changes other than a detective’s hat, the two actors cleverly portrayed each character with a simple change of voice and gait as they seamlessly went from one interesting character to the next with nothing but a 'whoosh' sound.

At times when most of the characters were all around one dining table, they successfully managed to make it hilarious, rather than confusing.

The laughs from the audience didn’t stop during the cleverly-written performance. The fourth wall was broken a couple of times, including when they occasionally made each other laugh, adding to the hilarity of the show.

Lovehard will be performing at Edinburgh Fringe festival again this year, and with the success of this show, the comedy duo are definitely ones to watch.