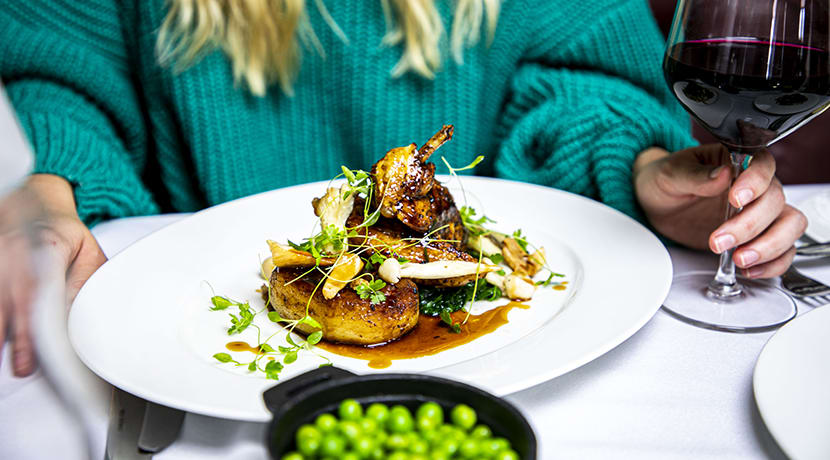 Marco Pierre White has unveiled a new menu at his Steakhouse Bar & Grill restaurant in Birmingham.

With a distinct deference to the autumn, the specials feature a range of delicious game-inspired dishes that combine traditional British recipes with classic French cooking techniques.

Julian Hook, food & beverage director at the eatery, said: “As the weather starts to get cooler and the days shorter, the autumn menu focuses on the game season and reflects everything that’s wonderful and exciting about Marco’s food philosophy.

“The Game season officially started on 12 August - 'the Glorious 12th' - and runs through to January the 31st, but it’s during the months of September, October & November that game is at its best. It's the perfect complement to what we already have on offer.

“These new special game dishes are really heart-warming and are perfect for this time of year. There's also a great variety, including guinea fowl, duck, pheasant, partridge and pigeon, which will suit a range of tastes and palates.”

Commenting on the new menu, Marco said: “The wonderful thing about cooking wild produce is the richness and depth of flavour, something you simply will not find in intensely farmed foods, along with the versatility of the dishes, while the Game Pie is a hearty friend on a chilly autumn night!”

Julian added: “Of course, during this unprecedented time the health & safety of all our guests and staff is the number-one priority, and we’ve taken every precaution so that those who dine with us can do so safely. But the lockdown restriction doesn’t affect people’s ability to go out for a bite to eat, so those wanting to come and try this delicious new autumn menu can do so without any worries - as long as it’s six people or less.”