“As we look beyond the pandemic with renewed confidence, we are clear what the Royal Shakespeare Company stands for. We play an important role in the UK’s creative and economic recovery… but we can only do that because we make theatre with an amazing range of young people and adults up and down the country.”

If you’re in any doubt about the relevance of the RSC in 2022, a few minutes in the company of Erica Whyman will soon set you straight. That’s if you can keep up - the cheery acting artistic director (a role she’s stepped up to while Gregory Doran is on compassionate leave) has an enthusiasm that’s infectious but often delivered at lightning speed - hardly ideal for a correspondent with rusty shorthand skills. 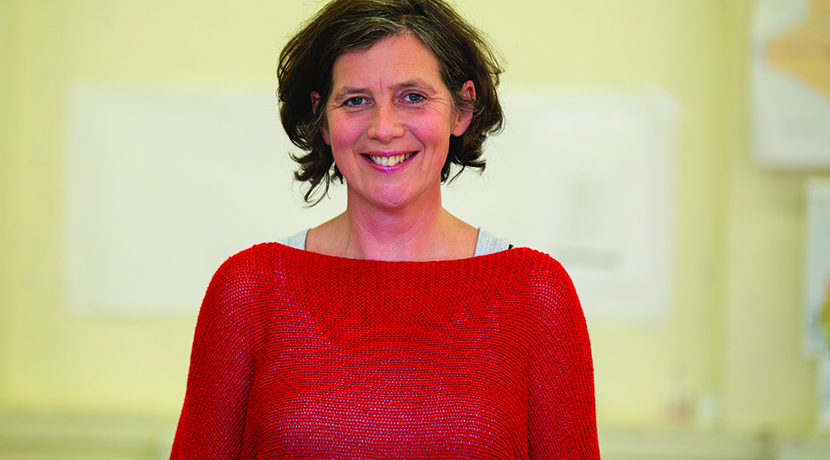 Not that I’m complaining - in fact I should be grateful she found time for our chat given her current workload, which includes (deep breath) overseeing three upcoming theatrical productions, championing children’s access to the arts, keeping the RSC’s Shakespeare programming relevant to a diverse 21st-century audience, and the minor matter of launching 37 plays, a major project to get children, young people and adults to write the comedies, tragedies and untold histories of our time. Running throughout 2022, it will culminate in a festival to mark the 400th anniversary of the publication of Shakespeare’s First Folio.

Plenty to do and get fired up about then, but that enthusiasm I mentioned was sorely tested during the theatre’s enforced closure due to the Covid pandemic - which resulted in massive lost revenues - but Erica says she took heart from every little victory along the way. That included the success of Henry VI Part One: The Rehearsal Project, performed in an empty theatre to an online audience (“it was wonderful but at the same time so sad that a live audience couldn’t see it”) and an acclaimed open-air production of A Comedy Of Errors.

Better yet, current production The Magician’s Elephant, the first to be staged in the theatre since Covid, has been hugely well received by audiences and critics alike.

“It opened 18 months to the day after we had to close, and it was so great to be back in the main auditorium. I was an absolute mess seeing all the front-of-house team and theatre staff back at work, let alone audiences returning.”

Next up are three Shakespeare plays, kicking off with a futuristic take on Much Ado About Nothing which opens on 4 February, followed by new versions of Henry VI Parts 2 and 3.

“Every ‘first’ really feels like a milestone, and this will be the first time Shakespeare has been performed in the theatre since lockdown, so I’m very excited and will no doubt be emotional all over again.”

Erica concedes the pandemic played a part in determining the choice of plays, albeit for differing reasons.

“We were planning to do all three Henry VI plays in the Swan Theatre in Autumn 2020 but all were postponed. We then looked at how to do them in various configurations in 2021 but everything changed again. In the end we did the rehearsal project via live streams, but parts 2 and 3 [now named Henry VI: Rebellion and Wars Of The Roses] are both very timely so we wanted to do them after the pandemic. They’re both great big state-of-the-nation plays that tell the story of a nation in crisis, with violence in the air and a time of reckoning - if anything they feel even more vital now.”

Before that comes the romantic comedy Much Ado About Nothing, which will be helmed by award-winning director Roy Alexander Weise, joint artistic director of Manchester’s Royal Exchange Theatre, who is making his debut at the RSC.

“Much Ado is a different case to Henry VI in that we had a number of conversations about the pandemic and what we wanted to do when we came out the other side. We wanted a heart-warming romantic comedy to give people something to really enjoy. It’s about falling in love at a time when it seems least likely so has a contemporary resonance too.”
Putting the play on means breaking the RSC’s unwritten (or perhaps written) rule of not revisiting a Shakespeare text before a cycle of plays - whether comedy, history or tragedy - has been completed, but Erica justifies the exception on a number of grounds.

“We’ve broken our rule about not doing any repetition because we really wanted to do a comedy. But if we break our rule, we want to do it really differently.”

With a debut director, all-black cast, futuristic African setting, costumes by a designer who has worked for Beyoncé and a score by guitarist Femi Temowo, whose previous collaborators include Amy Winehouse, the production certainly ticks plenty of ‘different’ boxes.

“It will be a glorious event for lots of reasons. I’ve had my eye on Roy Alexander Weise for a long time. He’s a rising star with a really deft touch, and is very articulate in talking about racism in our world - which theatre certainly doesn’t escape. The play addresses themes of trust and suspicion that are even more relevant in light of the pandemic, so it might make us think but will also make us laugh.”

Was she concerned about how such an alternative production might be received by the RSC’s typically white, older, middle-class audience?

“I know what you mean, but our audiences in Stratford are much more open-minded than you might think,” she counters, citing her well-received 2018 production of Romeo And Juliet that featured youth culture and knife crime.

“I’m mindful that we’re living in a moment when people are anxious that some of the things they love are being thrown out, but this is an enticing production of an enticing play, which I’m confident people will love.

“It’s all about interpreting the world now, for audiences now - which we have to do if we’re serious about finding what’s exciting and fresh in Shakespeare’s plays.

“There’s no other agenda than wanting to do something new, and something now.”

Much Ado About Nothing shows at the Royal Shakespeare Theatre, Stratford-upon-Avon, from Friday 4 February to Saturday 12 March. Visit rsc.org.uk information on all upcoming listings and events