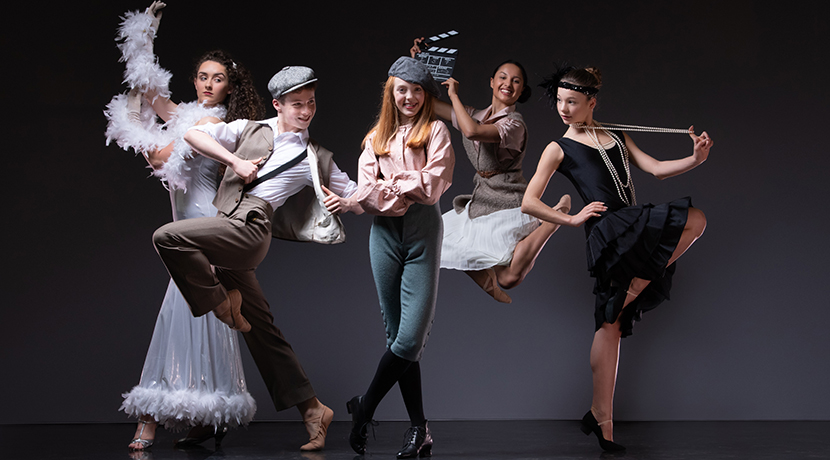 For its 2018 season, the National Youth Ballet (“NYB”) will return to Birmingham with Bright Young Things, a mixed programme of ballets choreographed by some of the UKs most eminent professionals and rising talents, performed by a Company of young dancers aged 9-18 from across the UK. NYB returns to the Crescent Theatre for the second year, with three performances on Thursday 30 and Friday 31 August following a residential programme at Elmhurst Ballet School in Edgbaston.

Bright Young Things will encompass seven short ballets inspired by the lives of extraordinary people, and celebrating the power of imagination and being bold, with ambition and flair. The programme will feature two pieces of classical repertoire alongside five fresh new commissions created especially for NYB’s young Company.

Now in its 31st year, NYB provides empowering and transformational opportunities for young people to participate in, create and perform ballet. At the heart of its annual season is a two-week residential programme that sees the young company come together with a team of professional dancers, choreographers and teachers to take them on a journey from studio to stage, emulating the experience of being in a professional dance company. This year 105 dancers aged 9-18 were offered places with the Company and will perform in the 2018 season.

NYB also nurtures talent offstage, and through its Beyond Ballet platform offers emerging artists the chance to create work in a company environment alongside established professionals. Aimed at early career professionals aged 18-35, Beyond Ballet offers artists mentoring, shadowing opportunities and a paid role as part of the artistic team, with their work being profiled within the season. This year’s Beyond Ballet artists are choreographers Emily-Jane Boyle, Sophie Laplane and Matt Nicholson, with other young creatives also working in the areas of rehearsal direction, lighting and wardrobe.

The 2018 season also sees the return of the annual Choreographic Competition, with the winning piece being showcased within the Bright Young Things programme. This year’s competition takes place on Thursday 23 August and will be judged by Birmingham Royal Ballet Director and NYB Patron David Bintley, CBE, and Birmingham Royal Ballet First Artist and 2017 NYB Beyond Ballet choreographer Ruth Brill.

Many NYB alumni go on to work professionally, with recent success stories from NYB’s 2017 company including: James Lovell, who will this year make his professional debut in the lead role of The Prince in Matthew Bourne’sSwan Lake; Niamh O’Flannagain, who has been offered the post of Apprentice Dancer for Ballet Ireland’s production of Nutcracker; Arielle Smith, a Beyond Ballet choreographer who has been offered the post of New Adventures Young Associate Choreographer by Matthew Bourne;  Basil James who has joined the Royal Ballet Upper School, and Oscar Ainsworth who has joined Northern Ballet.

NYB Artistic Director Mikah Smillie said today: “We are passionate about nurturing young people, providing creative and performance experiences that inspire, raise aspirations and celebrate excellence.  Working with so many young people I am constantly moved by their lives and stories, so this year we wanted to celebrate the extraordinary within each one of us.  Bright Young Things champions the individual, showcasing their tenacity and trailblazing spirit.

“This spirit and dedication is a great preparation for life and the profession. It is thrilling to watch NYB company members go on to achieve remarkable things, and it is forever rewarding to then see alumni returning as professionals to mentor and nurture the next generation of ‘Bright Young Things’.”