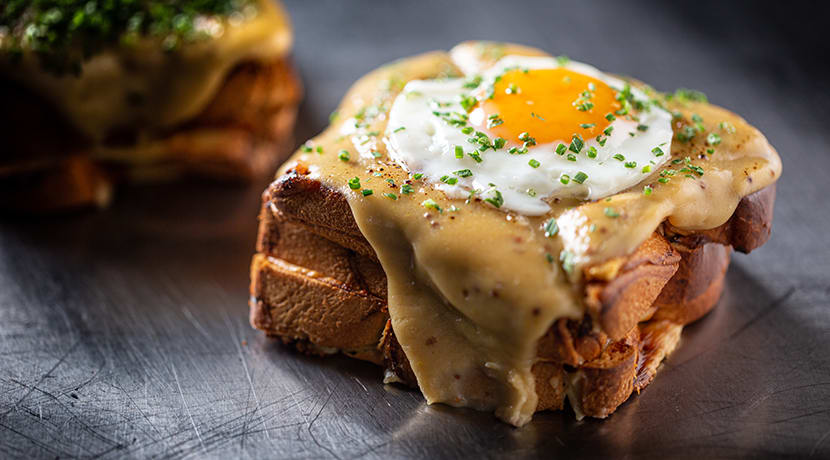 Created for customers on the go, the van a la carte features starters of French onion soup and ham and cheese croquettes. Mains are croque monsieur, madame or florentine, followed by French toast with banana & caramel sauce, and chocolate choux buns. There's also an extra option of deep-fried dauphinoise and deep-fried bourguignons.

With locations across Birmingham and times due to be announced imminently (areas include central Birmingham, Blackwell, Barston and Bromsgrove), Artisan Street Kitchen is encouraging everyone to ‘ASK’ for the locations they would like the vehicle to park-up at.

All orders need to be made in advance online, via the website, where guests will be required to select the location of the pick-up, the collection date and time slot, to ensure a controlled and safe collection.

Andrew will also be joined by a host of talented chef friends for a series of on-wheels collaboration evenings in February and March. Chefs so far confirmed to serve up their version of street food include Michelin-starred Gareth Ward of Ynshir (27 February), Aktar Islam of Opheem (6 March), Tom Shepherd, founder of Tom Shepherd Dine At Home (13 March), Paul Foster from Salt (20 March) and Glynn Purnell of Purnell’s (27 March). Menus will be announced soon.

All guest chef nights, starting at 5pm and finishing at 9pm - will be hosted from the Artisan Street Kitchen van in Birmingham city centre. Menus come as a fixed price voucher for three street food dishes created by Andrew and his collaborator.

Artisan Street Kitchen has also announced a permanent residence at the Solihul Taste Collective, based in the heart of Mell Square in Solihull.