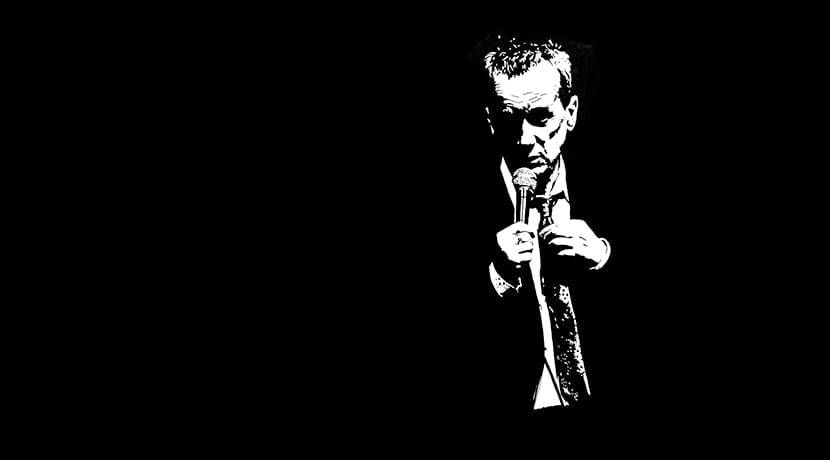 The morning after I saw this show I had to explain to my (relatively young) barber that the funny guy on the radio in the background was actually a stand-up comedian, such is Frank Skinner’s wide-ranging media profile these days. He’s now as well known for his weekend slot on Absolute Radio and hosting TV panel show Room 101 as for his live act, which could also be because he’s not done much of the latter in recent times.

The current ‘Showbiz’ tour is his first in five years, and while it might have been prompted by the cancellation of Room 101 – the decommissioning of which earns a great one-liner in the set – it hardly looks forced, Skinner slipping back into his relaxed routines as easily as the jacket he requires to conceal his uneven shoulders. Which he then mines for a few gags, so we all know about it any way.

It’s hardly a major revelation of course, and the same can be said for pretty much all of Skinner’s knockabout routines, which seem to start from nowhere, meander along, take a few detours and end up… well nowhere important – but it’s great fun getting there.

The laughs are constant, whether he’s mocking his age (now 62, he celebrated his 60th birthday by getting a tattoo – “just my name and address”), extolling the virtues of losing his libido, turning down Strictly (“I’m not gonna be the one everyone laughs at, dressed up as a grouse dancing to George Ezra’s Shotgun”) or remembering the extended conga dances of his youth in Smethwick, when a bus was required to get back to the start.

His old hunting ground earned plenty of references – including a great anecdote about its curiously-titled newspaper the Telephone – which went down well with a group of townspeople in the top tier, but in truth Skinner’s affable delivery makes everyone feel like he’s still one of us, and the cheers at the end were definitely for a local boy done good.