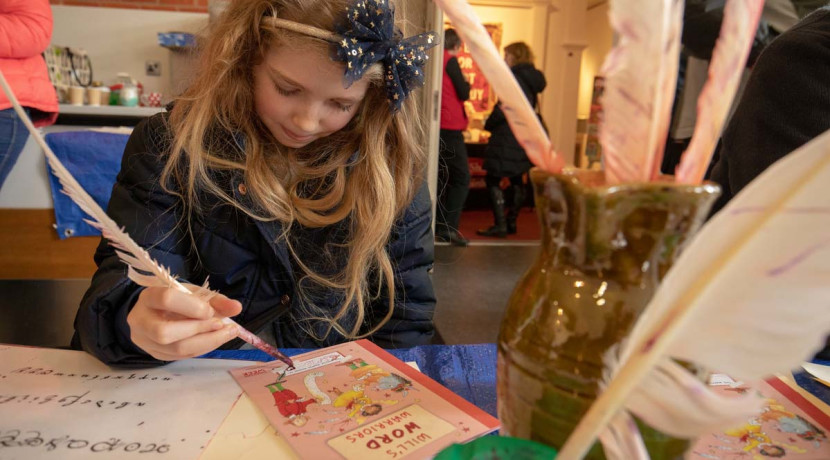 The Shakespeare Birthplace Trust - the independent charity which cares for 'the world’s greatest Shakespeare heritage' in his hometown of Stratford-upon-Avon - has compiled over 300 education resources & activities on its website, to support teachers and inspire home learners during the national lockdown.

Developed by the Trust’s award-winning education team, the resources are in line with the national curriculum for Key Stages 1, 2 & 3, offering fun and imaginative ways for children aged four to 14 to engage with Shakespeare. Activities include building Lego Shakespeare, drawing a comic strip inspired by The Tempest, creating a gruesome recipe for a witches spell from Macbeth and describing a scene from Romeo & Juliet in Juliet’s diary. There’s even a Shakespeare-style insult generator to provide entertainment during playtime!

All resources and activities are available free of charge and easily accessible online via shakespeare.org.uk/education/home-learning without the need to register. Many are presented as paperless resources, for those without a printer at home, including three-minute Snappy Shakespeare plays and video tutorials. Budding little chefs can also whip up delicious recipes that Shakespeare would have eaten as a boy, such as Tudor bread and apple pancakes.

Dr Nick Walton, Shakespeare courses development manager at the Shakespeare Birthplace Trust, said: “As a result of the global pandemic we’ve had to find new ways to bring Shakespeare to life for schools and learners whilst we’re unable to physically welcome them to our historic sites in Stratford-upon-Avon. Our dedicated team continue to inspire children with Shakespeare’s stories and heritage by pulling together some choice recommendations from our popular classroom resources and fun activities online. We’re also developing new resources for Key Stages 3 & 4 and A-level learners to support their home learning. These are due to launch in the coming weeks.”

The Shakespeare Birthplace Trust, organisers of the annual national Shakespeare Week celebration in primary schools, will be taking its programme online this year. Running from 15 to 21 March, this year’s Shakespeare Week will be based around the theme of Wellbeing. It will feature a programme of emotional wellbeing activities and online events inspired by Shakespeare’s works. Full details will be announced soon.

The Shakespeare Birthplace Trust is the independent charity dedicated to sharing Shakespeare’s works, life and times with the world. It relies on the support of visitors, donors, volunteers and Friends for over 90% of its income. While its sites are temporarily closed, that income is now at risk. To support its work in keeping Shakespeare’s legacy alive, visit shakespeare.org.uk/support-us