The Cat and the Canary lands at The Alexandra this autumn 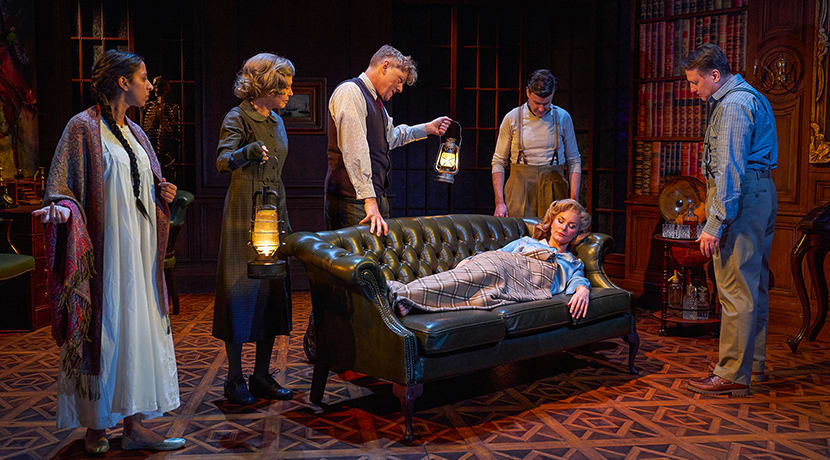 Building on the phenomenal decade-long success of The Agatha Christie Theatre Company, Bill Kenwright’s Classic Thriller Theatre Company (Rehearsal For Murder, Judgement in Stone, The Case of the Frightened Lady and The Lady Vanishes), continues with its latest chilling whodunit, the creepy comedy thriller The Cat and the Canary.

Following its acclaimed opening in Windsor in January 2020 and highly successful spring tour, the production will visit The Alexandra from Monday 12 until Saturday 17 October as part of an extended tour this autumn.

This new adaptation of the murder mystery by John Willard, which inspired three classic movies starring the likes of Bob Hope, Paulette Goddard, Edward Fox, Honor Blackman and Olivia Hussey, is currently on its spring leg of the tour, which finishes in August 2020.

The Cat and The Canary is director Roy Marsden’s fifth Classic Thriller Theatre Company production. Other credits include the West End premieres of Agatha Christie’s A Daughter’s a Daughter at the Trafalgar Studios and Noël Coward’s Volcano at the Vaudeville Theatre. As an actor, he is well-known to television audiences as Inspector Dalgliesh in the long-running P.D. James series.

Adaptor Carl Grose is co-artistic director of Kneehigh Theatre. His numerous plays and adaptations include book and lyrics for The Grinning Man, which Tom Morris directed at the Trafalgar Studios in 2017.

Designer takis’s diverse international credits include In the Heights, Gifford’s Circus and the Royal Opera.

Lighting Designer Chris Davey’s work includes Witness for the Prosecution at London’s County Hall and Touching the Void at the Duke of York’s Theatre.

Dan Samson is resident Sound Designer for The Classic Thriller Theatre Company. West End credits include Heathers at the Theatre Royal Haymarket and Evita at the Dominion Theatre.

The Cat and the Canary shows at The Alexandra, Birmingham from Monday 12 - Saturday 17 October 2020. Tickets are on sale here