The Old Rep announces The Snow Queen for its Christmas show 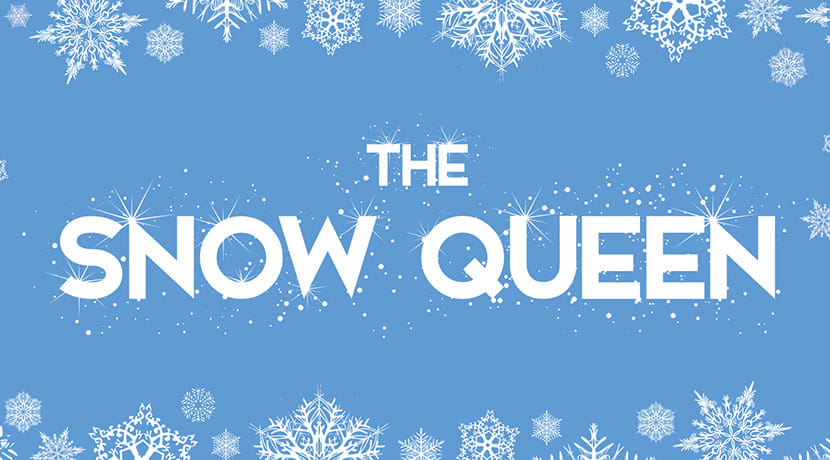 The Old Rep have announced that their Christmas show for 2019 will be The Snow Queen.

The Hans Christian Andersen classic will run from Saturday 16 November – Monday 30 December. This will be the fifth Christmas production produced alongside Birmingham Ormiston Academy (BOA).

This adaptation of the magical adventure follows inseparable friends Kai and Gerda. When the heartless Snow Queen steals Kai to help rebuild her broken treasure, can Gerda rescue him in time before she plunges the world into an eternal winter? With the help of an unlikely band of companions, Gerda travels to the Kingdom of Ice to confront the Snow Queen and rescue her friend.

From the creative team behind last year’s Pinocchio, comes a seasonal adventure for the entire family. With an epic original score, spellbinding storytelling, and more than a pinch of Christmas magic, this thrilling re-imagining of Hans Christian Andersen's classic fable promises to be a fairy-tale you won’t want to miss this Christmas.

The Snow Queen will be packed with songs, dance and plenty of family fun for audiences.

Michael Penn, Executive Director of the Old Rep Theatre said: “We are hugely excited to announce that tickets are on-sale for The Snow Queen which promises to be a fantastic Christmas show for families. Once again we will bringing the best theatre and digital skills to the stage from both a professional and student team. As our fifth Christmas production The Old Rep is becoming an established part of the city’s festive celebrations and we look forward to welcoming families on what will be a magical winter adventure!”

Tickets go on general sale at 10am on Monday 18 February.

The Snow Queen shows at The Old Rep from 18 November - 30 December.