The Snow Queen comes to Birmingham this Christmas 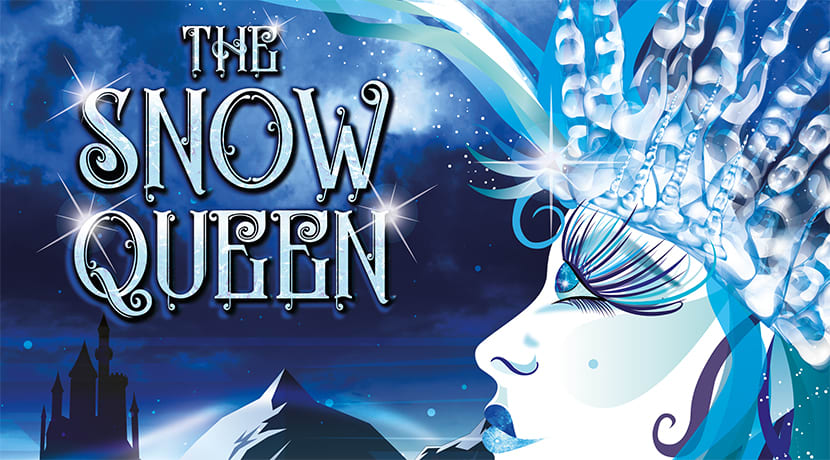 The Old Rep announce the professional cast and creative team behind this year’s magical Christmas adventure The Snow Queen. This brand new production will run from Saturday 16 November to Monday 30 December, and is the fifth year that The Old Rep will partner with Birmingham Ormiston Academy (BOA), a specialist performing, digital and creative arts academy for 14-19 year olds to deliver their Christmas production.

Enough to create a chill in the air, the exciting role of The Snow Queen, the icy ruler of the world, is played by Letitia Hector (Thriller Live). Setting off on a mission to melt her frozen heart will be Gerda, played by Christina Harris (L’Etoile). Upcoming actor Tom Sturgess, making his professional debut, takes on the role of Kai/Crow/Gamle. Charlie Keable (Spamalot) will play Hader/Robber Queen, attempting to sabotage young Gerda’s quest and completing this exciting cast line up is Alexandra Daszewski (New Vic Theatre) as Karen/Mormor/Ida.

Playwright Toby Hulse writes this year’s adaptation of The Snow Queen, which will be directed by returning favourite Alec Fellows-Bennett.

Composer and Musical Director Steve Allan Jones also makes his return, having produced wonderful music for The Old Rep’s Christmas productions over the last 4 years.  The production will be skilfully choreographed by Steve Elias, renowned for developing a range of fantastic dances. The creative team will be joined by Designer Amy Carroll, Lighting Designer Will Monks and Ed Bramall as Sound Designer.

“I am delighted to be returning this year as Director of this brand new Christmas musical The Snow Queen,” said Alec Fellows-Bennett, “This promises to be a vibrant, funny and moving show, packed with songs and laughs to keep the whole family entertained and send you out full of the Holiday Spirit. Can’t wait to see you there.”

Gaynor Cheshire, CEO of the BOA group comments: “We are proud to bring our fifth production to The Old Rep Theatre again this Christmas and what better way to experience the festive season than with a beautiful musical for young people and families about friendship, kindness and love.”

The professional team will be joined by student ensemble from BOA, whose performance will excite audiences of all ages.

For further information about The Snow Queen or to book tickets, call the Box Office on 0121 359 9444 (open Monday-Friday 10am-5pm), or visit oldreptheatre.co.uk. Tickets available from £13.