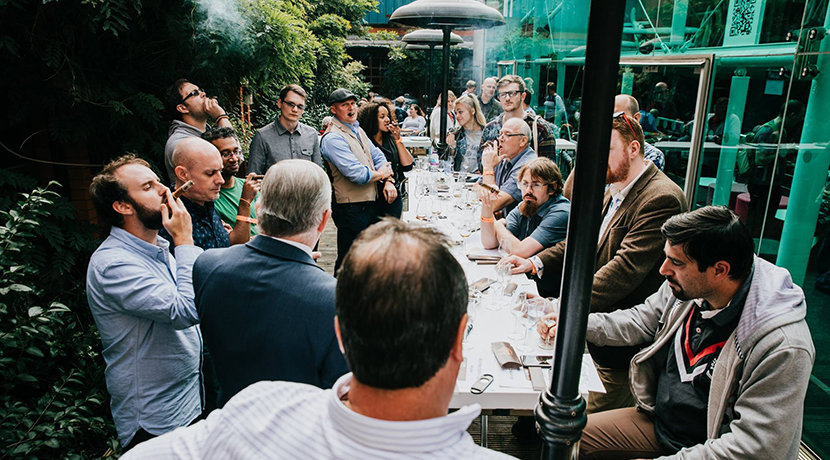 Midlands Whisky Festival, which is taking place on Saturday 15 September, has teamed up with three of the world’s top whisky brands to host a series of masterclasses here in Birmingham.

Festival-goers will be able to get up-close-and-personal with Benromach, Dalmore and Glenmorangie, to expand their knowledge of the spirit whilst also exploring the 300+* whiskies on offer throughout the event.

To celebrate its 20th Anniversary, Benromach will be hosting a masterclass that will delve into the success of the Speyside distillery, which was established in 1898 and brought back to life when the Urquhart family purchased it in 1993. One of only a few distilleries in Scotland to use traditional methods, without any automated machinery, Benromach is world-renowned for its ‘sight, sound and touch’ method of production.

Distillery manager Keith Cruickshank will take festival-goers through six of the brand’s expressions, including the 1998 20th Anniversary Bottling and the Benromach 1970 (Bottled 1980s) – Connoisseurs Choice (Gordon & MacPhail). In addition to the Benromach 15 Years Old single malt, which was crowned the winner in the Speyside 13-20 category at this year’s World Whiskies Awards, in addition to the flagship Benromach 10 Years Old, which was honoured with Gold in the Speyside 12 Years and Under category at the same event.

Another distillery founded in the 19th Century is Dalmore, which will also be appearing at this year’s Midlands Whisky Festival. Located in Alness, 20 miles North of Inverness, Dalmore’s distillery sits on the banks of the Cromarty Firth overlooking the Black Isle, known as the "big meadowland", from which it takes its name. Dalmore is teaming up with Hunters & Frankau for a whisky and cigar masterclass. Guests will relax on the terrace at thestudiobirmingham, the location of this year’s festival, to enjoy two Dalmore expressions that have been paired with a specially selected cigar from Hunters & Frankau, importers and distributors of the finest Cuban Cigars since 1790.

Completing the impressive masterclass line-up for 2018 is Glenmorangie, with a session by Max Helm, the brand owner’s spirits ambassador. He will deconstruct Glenmorangie, with an insight into a selection of their premium whiskies. The award-winning distillery, which was founded in 1843 by William Matheson, regularly triumphs at the International Wine & Spirit Competition, won more ‘Gold Best in Class’ medals in the past five years than any other single malt Scotch whisky.

Midlands Whisky Festival remains the biggest show of its kind outside of London, welcoming more than 60 brands from around the world who will be sampling over 300 whiskies. With brands from Scotland, Ireland, Sweden and France, taking centre stage alongside Japanese, American and Indian brands, the one-day event is a chance for distillers and blenders to showcase their creations to novices and experts alike.

Tickets for Midlands Whisky Festival 2018 are on sale now, priced at £40, which includes a branded tasting glass, the chance to sample hundreds* of whiskies from around the world, access to a range of talks and tastings, and the opportunity to meet the makers. In addition to a ‘dream dram’ token, which is exchangeable for a taste of one of the many super-premium whiskies on offer; some worth over £1,000 per bottle.