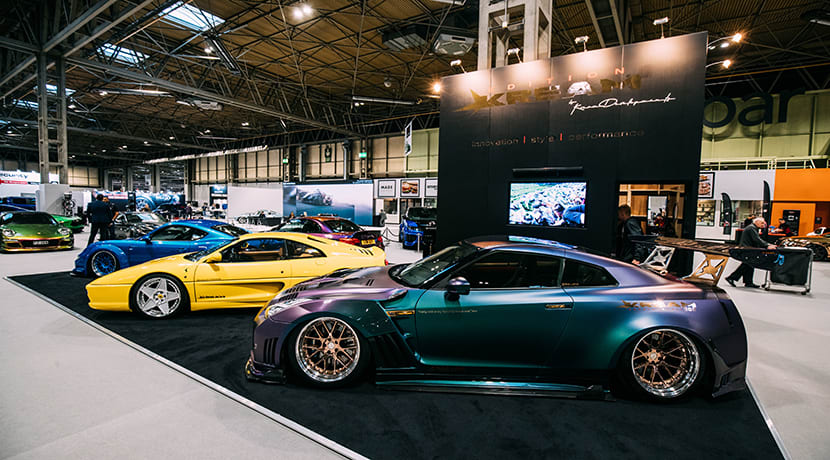 The Revving Red Carpet have announced their expert panel to find the top 20 tuned cars of 2020.

The panel will judge the submitted cars on a range of categories including exterior, interior, and mechanical quality as well as taking into account the owners individualism and technological expertise.

James Pearman says: “I am excited to be a judge for the Revving Red Carpet. To be able to work with The Performance & Tuning Car Show on finding the top customisation cars is a huge privilege. I am looking forward to the show in January and to see what performance cars will be showcased at the NEC.”

Starting from humble beginnings, Liberty Walk has quickly become one of the biggest names in Automotive Tuning. James has been instrumental in growing and developing Liberty into a leading specialist in the aftermarket industry.

Ian Cook is delighted to join the Performance & Tuning Car Show: “To join the show as a judge and as an exhibitor is very exciting. Dub Club attracts some of the best modified cars in the West Midlands, so to be able to have them involved in Europe’s #1 motorsport show is important for the Dub Club brand.”

On the 20th of November, the star-studded panel will reveal the 20 top modified cars that have been submitted by the general public.

The top 20 will then go to a public vote across the Performance & Tuning Car show social media channels. The public vote allows tuning and automotive fans the opportunity to decide the modified vehicle they want to see centre stage on the red carpet.

The Performance & Tuning Car Show 2020 takes place at the NEC, Birmingham, on January 11 and 12, 2020, and is a unique event for enthusiasts of high-end modification and tuning.

Tickets for the Performance & Tuning Car Show 2020 are also valid for the Autosport International and the Live Action Arena, which take place at the same time.