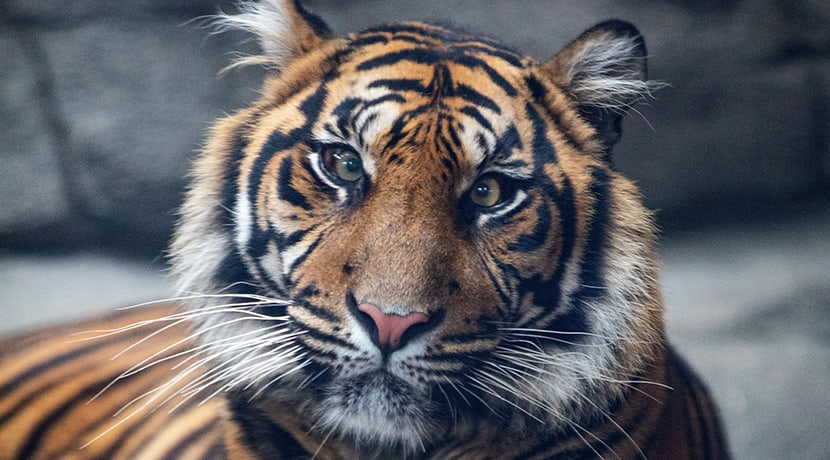 Conservation charity Twycross Zoo is reaching out to its community of supporters to back its new donations appeal - 'Help us today, believe in tomorrow’ - so that it can keep its vital charitable work going.

In a statement, the zoo said: 'After repeated failed attempts for the government to listen and review the flawed criteria of the £100million Zoo Fund, Twycross Zoo has no other option than to ask for the support of the public once again. The scheme, which was proudly announced by the First Secretary of State, Rt Hon Dominic Raab, as the saviour for charity zoos, has been far from that since it was launched in spring 2020. Approximately just £3million has been released to support mainly small zoos, and the scheme is due to end in March 2021 without any likelihood of change in criteria for those zoos caring for hundreds if not thousands of endangered species. Is the future of conservation not considered important enough for the UK government?

'Twycross Zoo is a charity and uniquely relies almost entirely on visitors to cover both its zoo operating costs and conservation, research and education work. A closed zoo means no income, and so to survive Twycross Zoo has had to take on loans and use up its reserves to prioritise caring for its animals. This also means delaying vital work on animal habitat upgrades, and halting scientific conservation projects and educational programmes.'

The statement continues: 'Every penny that's donated to Twycross Zoo goes towards the conservation of endangered species, and the zoo is calling for significant financial support to continue its work. To be let down by the government again in a third lockdown signifies that the work of the dedicated teams at Twycross Zoo is not deemed or considered to be important enough by the government, so Twycross Zoo must plead for the public to get behind its new fundraising campaign and play a part in protecting the future of conservation.'

Commenting on the situation, Dr Sharon Redrobe OBE, CEO of Twycross Zoo, said: “Our planet is in the sixth extinction crisis, and it’s not good enough that more species will go extinct in our lifetime. If it wasn’t for zoos, then chimpanzees, one of the closest living cousins to the human race, would be extinct in the wild within 25 years. However, zoos together have secured the population for at least 100 years, showing how vital it is to support our work right now.

“We feel extremely disappointed and let down by the fact that the government will not change the criteria of the £100million Zoo Fund, leaving conservation charities like ours facing crippling debts for years to come and unable to complete much of the work we exist to do.

“With multiple lockdowns and the ever-changing Covid-19 guidance over the last 10 months, we have been so thankful to our communities for supporting our 57-year-old zoo. However, we are still sadly relying solely on public support to help us pay our bills.

“Covering operational costs and overheads is a day-to-day concern for most organisations right now, but we and the government must not forget why our charity is here and how important it is to continue in our work to support our mission, to help save the species with which we share our planet.”

Twycross Zoo is a World Primate Centre and is the only place in the UK which is home to the four great apes. The conservation charity is part of 46 breeding programmes and saw 22 births in 2020. In more usual times, it educates 60,000 school children per year about the natural world.