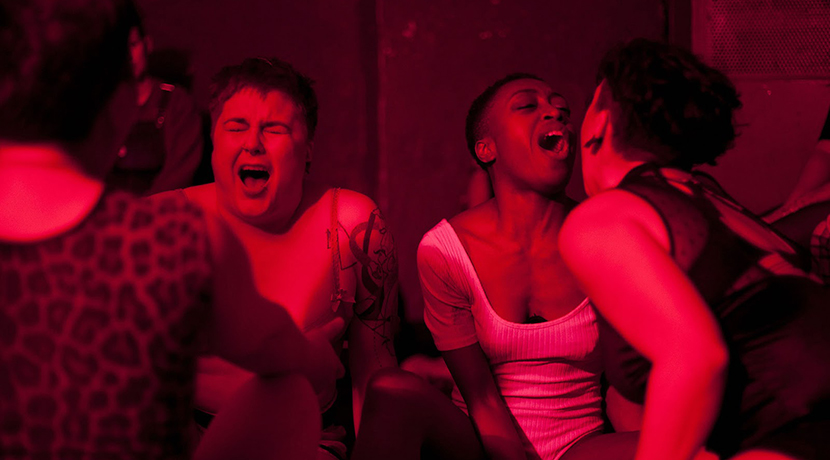 Supported by Arts Council England, the programme is the opening season for 2018 and introduces the partners and curators who form the foundation of Vivid Projects as the company becomes part of the Arts Council England National Portfolio in April 2018.

Black Hole Club 2018 | Launches 30 March 6-8pm
Curated by Antonio Roberts, Black Hole Club is a highly popular annual development programme to support artists in the West Midlands. Participants receive tailored support to develop their practice and are encouraged to explore new areas, including digital art, live performance, experimental audio, film and video, animation and computer-generated art. The 2018 cohort comprises 22 artists and collaborations who will be supported to integrate technologies in their practice and reach a wider audience through Vivid Projects’ new net and live  platforms, with regular free public events throughout the year. Key events in the Spring 2018 programme include a one night launch exhibition (30 March) and Space (27 April - 4 May) ) curated by Lumen.

Vivid Live returns on 19 May with Nicola Hunter’s visceral new performance, MOTHERFUCKER, exploring the binary, sex, death, life and the relationship western society has with the mother and the birthing body.

Live Archive | 24 March & 14-15 20-21 April
Curated by Yasmeen Baig-Clifford & Tanya Syed, Live Archive includes screenings and activated film performances, drawing from artists and activists within the company archives (15-15 April) and Lux (20-21 April). Highlights include RIGHTS REMIX (24/03) a special screening event held in partnership with Birmingham Museums’ Collecting Birmingham project which has captured the struggles and the histories that have been written-out of the popular historical narrative. The event includes films made for the Anti-Deportation Campaign in the West Midlands, and highlights the tireless work of veteran Birmingham activist Mohammed Idrish. Special appearance from the UNISON choir!

On 21 April, we are delighted to premiere SHOTS IN THE DARK, a new commission from Midlands based artist George Saxon, as part of Flatpack Film Festival's Optical Sound strand. A live performance featuring four performers who stand in the midst of the audience and 16mm projectors, SHOTS IN THE DARK contains hand drawn symbols and signs in relation to the body, projected on to the performers in an artillery battery of light and sound - inviting the audience to locate the images on the bodies of the performers bodies and themselves.

ChoreoMatch | 21-25 May & continues in June
Birmingham Dance Network in collaboration with Vivid Live will be in residence with their ChoreoMatch project, creating a space for dancers, choreographers and artists to experiment with an untested idea and meet new collaborators. This year, as part of Birmingham International Dance Festival 2018, the ChoreoMatch participants will present at  Introducing… devised in situ at Vivid Projects for the first time, utilising the unique gallery space for sited work and digital installations. Described by audiences as  “A knockout showcase - an absolute pleasure" Introducing… is Birmingham's only platform of new dance designed specifically for regional artists to test out brand new ideas on audiences who give instant feedback.