Wherever I lay my hat

A new exhibition uses people’s experiences and objects to explore the different meanings and emotions connected with the idea of home...

Featuring filmed memories of those historic events alongside everyday items, some brought by migrants from India and Africa, the exhibition aims to encourage people of all backgrounds to consider how history impacts on migration and the lives of people forced to leave their homes.

“Partition and the Asian Ugandan expulsion were the biggest mass migration movements of South Asian people in history,” explains Jiten Anand, director of Inspirate. “We wanted to take a step back and ask, where did this journey actually begin? It’s colonial history - a lot of this happened off the back of the abolition of slavery and indentured labour.

“The reason why we wanted to produce this project was to share this story with current generations, second or third-generation South Asian young people, to think about where they have come from.
“And it’s trying to educate people about mass migration - especially when we are living at a time where migration is looked down upon. If you look around the world at the refugee crisis, this is an opportunity to shine the spotlight on why society is the way it is today.” 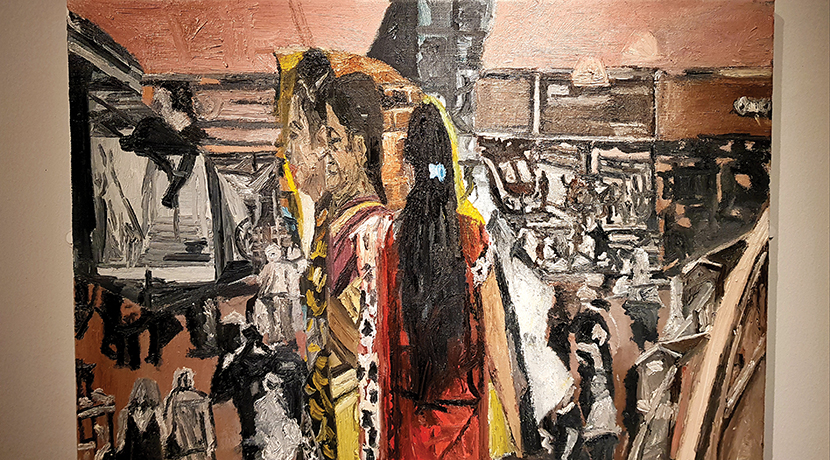 Where Is Home? features a film in which artists share their experiences of migration.
“We wanted to create a narrative, a different kind of platform, very much from an artist perspective so that it’s coming from a lived experience,” explains the exhibition’s curator, Alnoor Mitha, senior research fellow at Manchester School of Art, Manchester Metropolitan University. “I was born and brought up in Uganda and had to leave in 1972 because of Idi Amin’s expulsion of South Asians, so there is a conversation between me and my daughter, Amani Mitha, who is also a curator.

“Then there is Jai Chuhan, who was born in India and has been living in England a very long time, and her daughter, Jasmir Creed, who was born and brought up here.
“Saima Rasheed is originally from Pakistan but she now lives in Greater Manchester, and John Lyons is originally from Trinidad and came to study at Goldsmiths. He has had exhibitions all over the country, including the Tate.

“All these films are giving a personal narrative on what happened. And they raise the question of identity, which I think is a central question in terms of all the different individuals talking about themselves.”
The interviews sit alongside archive footage, to give the artists’ stories context. There are also a number of personal objects on display, including saris worn in Uganda and brought to the UK in luggage, British passports issued upon naturalisation, and prayer mats and beads carried across oceans.
“These objects are very much about what people have in their houses all the time,” says Alnoor. “They are often the everyday objects people bring with them when they migrate.

“And this notion of migration is not necessarily based just around South Asian people. At the moment, if you look at the war in Ukraine and the refugee crisis and how British people are opening their doors, particularly to people from Ukraine, it’s quite poignant timing.” 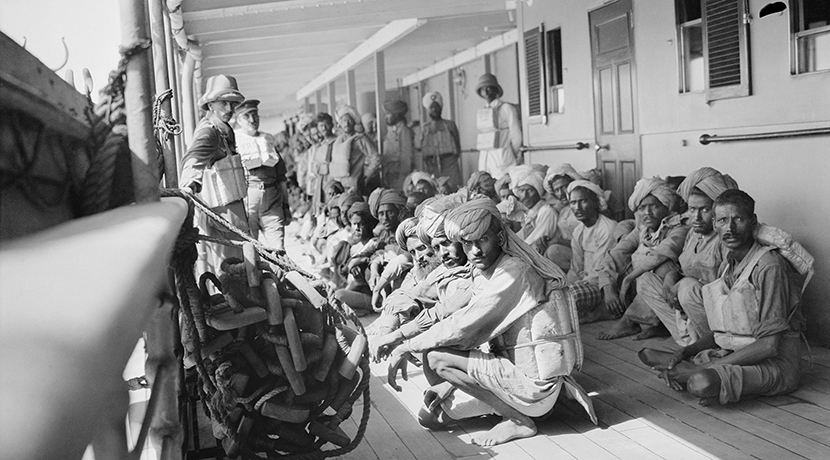 Installations will also feature events with local artists and organisations. Sampad Arts in Birmingham and Black Country Touring are both involved, and there’s also a Q&A with author Neema Shah in Wolverhampton, and a day of activities in London.

Where Is Home? follows on from Inspirate’s hugely successful online exhibition, 400 Years: Britain And India, which was viewed by 300,000 people. The website for Where Is Home? will ensure people who can’t attend the exhibition can access its stories. Its developer, Dr Vimal Patel - senior researcher & lecturer in history at De Montfort University in Leicester - believes the online resource will not only provide historical understanding but also allow visitors to learn about people’s individual experiences: “A timeline contextualises this mass movement of people from Uganda and also from India after partition, so features granular details of events leading up to 1947 but also some of the major developments in the 17th, 18th and 20th centuries.

“That gives us a sense of why partition was both a momentous occasion but also in some ways a botched transfer of power, because it led to so much violence and bloodshed.
“Other elements include interviews we’ve done with people of South Asian heritage, people with a Ugandan background, and those with a Kashmiri background. It provides a broad sweep of history but also personal stories, so we get an insight into the experiences of people with South Asian heritage living in Britain today.”

Vimal believes these stories have a resonance beyond their specific communities.
“The British South Asian story is also Britain’s story in a general sense, because it has impacted the way that Britain has changed in the post-war years. Britain was transitioning from an imperial identity to a post-imperial identity, and that coincided with rapid decolonisation.”

Following the tour, Inspirate hopes to take Where Is Home? into secondary schools.
Company Director Jiten says: “This is just the beginning of the journey. We are going to take this theme of decolonising across the country and start these conversations. This project comes with lived experience. Alnoor grew up in Uganda so lived that experience. Vimal and I grew up in a predominantly South Asian area of Leicester, one of the most diverse cities in the world, but still not knowing what our history was.
“We want to change that. We really want to inspire people to think about their culture differently and how important it is.”

Where is Home? shows at Wolverhampton Art Gallery until Sun 28 August and Midlands Arts Centre, Birmingham from Fri 19 to Sun 21 August. For further information, visit: where-is-home.org