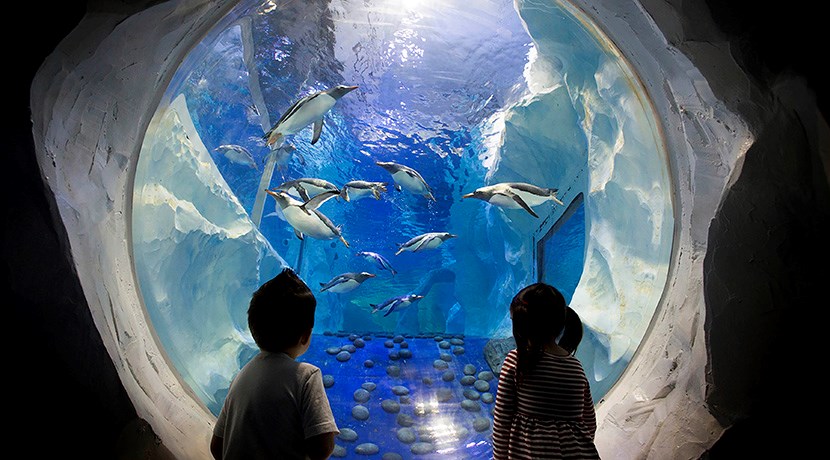 Situated in the heart of Birmingham and Brindley Place, the National Sea Life Centre has lots to offer for a great day out. Featuring over 1,000 creatures, 60+ displays including a million-litre underwater tropical tank, Nemo's Kingdom & Turtle Breadin, Creature Talks, an Interactive Rockpool, with the chance to touch crabs and meet starfish, 4D cinema and the new Sea Stars attraction.

Merlin Entertainment owns some of the biggest and best attractions the UK has to offer, including Thorpe Park Resort, Shrek’s Adventure! London, Alton Towers, Chessington World of Adventure and Legoland Windsor, to name but a few.

Located near the city’s Brindleyplace, the venue houses more than 2,000 species from around the world and contains a one million litre ocean tank! Money is regularly invested in the attraction, the aim being to add at least one new exhibit annually. But doing so is a tall order. In 2014 the venue acquired the popular Penguin Ice Adventure. Costing £2million to build, the exhibit is home to 18 Gentoo penguins. Last year’s new addition was Octopus Hideout, featuring Beverley, the venue’s resident Giant Pacific Octopus.

Exciting new exhibits for 2018 include the interactive Piranha Tunnel and Jelly Invaders. The latter features a variety of breeds from across the world, including the moon jellyfish, the fascinating upside-down jellyfish and the ghost-like Atlantic sea nettles.

Both new areas are included within the general admission fee. The only additional cost is an optional one - a behind-the-scenes tour that’s well worth the money for the extra sights you’re shown and the expert knowledge provided by a tour guide.

There’s so much for the whole family to enjoy. People are advised to book their tickets in advance (particularly during weekends and school holidays) and to allow at least two hours to get the most out of the attraction.

Visitors can venture through the UK’s only fully transparent 360-degree underwater tunnel, along the way enjoying views of 40-year-old Molokai the Giant Sea Turtle and a Bowmouth Guitar Shark, an attention-seeking diva called Beyonc-ray!

The centre dedicates a lot of time and hard work to its Breed, Rescue And Protect conservation project. This includes running programmes to help sustain endangered species, nursing sick creatures back to health before returning them to the wild, and campaigning to protect the marine environment from exploitation or destruction. There’s currently a tank in the Jelly Invaders area which houses nothing other than a number of plastic bags. This is to highlight just how much these bags can look like jellyfish, and the danger they can cause to underwater creatures who mistake them for their food.

Other National Sea Life Centre highlights include the 4D cinema, the zebra shark in Shark Lagoon, the Clownfish Kingdom tunnel - a favourite with children who like Disney’s Finding Nemo - and the UK’s only tropical Ocean Tunnel, featuring darting sharks, gliding rays and rescued turtles.

There’s so much that goes into the upkeep of the centre. Every fortnight, a fresh batch of sea water is brought up from the South Coast, and every three months, a new shipment of seaweed arrives. The cleaning and maintenance of the tanks happens sporadically during visiting hours. Likewise, there are allotted feeding times during the day, so if you want to see the inhabitants dining, plan your visit with this in mind.

The centre also has a soft play area for children to enjoy.

Curator Jonny Rudd has been at the centre for just under a year and has a great many plans for the venue. Although most of these remain under wraps. Watch this space for news of more exciting developments!

For more information and to book tickets, visit visitsealife.com/birmingham