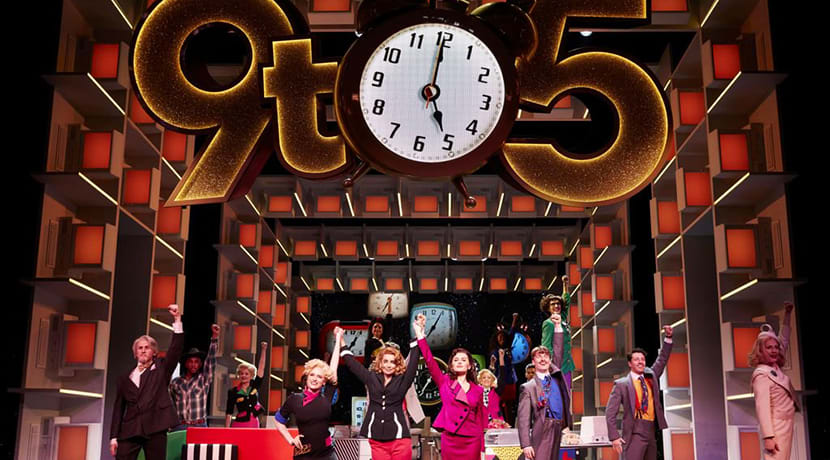 As the temperature drops and the nights draw in, what could be better than heading to Birmingham’s Alexandra Theatre for an evening of sassy, American deep south shenanigans to stave off those end-of-summer blues?

9 To 5’s host is a pre-recorded beamed-in Dolly Parton, whose task it is to narrate us through the musical adaptation of the hit movie in which she co-starred back in 1980.

Full of rip-roaring tunes, the show offers a pacey, lighthearted canter through the lives of three women as they grapple with early-’80s sexism, office gender politics and overbearing and highly arrogant male-dominated managerial leadership. A reminder that the old boys’ club is very much in town comes via the brilliant performance of Sean Needham as the cringe-worthy over-sexed Franklin Hart Jnr.

Despite a lot having changed in the workplace since the film hit cinema screens, 9 To 5 is as relevant today as it was nearly 40 years ago, providing a stark reminder that women have not yet attained equal pay and are still having to push against the glass ceiling. More change is still very much needed.

The trials and tribulations of the show’s three female protagonists - overlooked, undermined and treated as being of lesser importance than their male counterparts - is presented with, at times, almost Carry On-style humour. As indeed is their eventual fightback.

Louise Redknapp as Violet Newstead, Amber Davies as Judy Bernly and Georgina Castle as Doralee Rhodes are each outstanding in their own unique way. Their performances are strong and funny, but it’s Lucinda Lawrence as the much-maligned Roz Keith, infatuated with her boss, who almost steals the show.

I won’t spoil the surprises - there are many - but 9 To 5’s sass and wit ensure that this is a great night out for anybody craving a fun evening at the theatre. The music is fabulous too - you’ll be tapping your toes before you even know it! - while the choreography is clever and perfectly executed. Expect to be humming the famous title track for hours if not days afterwards.

9 to 5 The Musical shows at The Alexandra, Birmingham until Saturday 14 September.