A Womb of One's Own Review 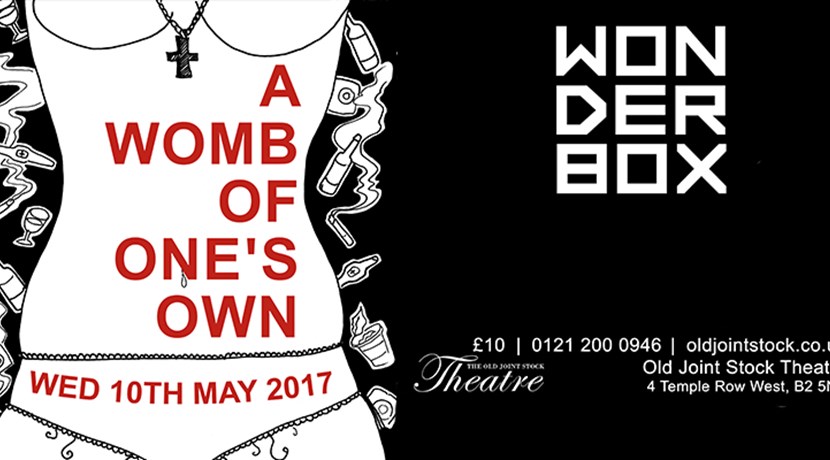 The still woefully contested right of women to exercise freedom over their own bodies might sound like a tough and serious subject to take on, but amidst the gritty, more unpleasant stuff A Womb of One's Own deals with (all of which feels worryingly relevant in our post-Trump, post-truth world), what it does best is to remind us just how funny feminism can be.

This isn’t the play that you expect to be. By luring us in with the toe-curling faux pas and student misadventures of the painfully naive Babygirl, writer Claire Rammelkamp is able to gradually introduce the meat of her play’s argument without ever seeming heavy-handed. What starts off as a fairly typical (if unusually explicit) teen-style comedy – kicking back against disapproving parental figures, discovering sex for the first time, seeing escape to university as primarily a chance for privacy – gradually grows along with its protagonist, developing into a powerful plea for greater openness, better education, and more compassion around sex and reproductive rights.

That the statistics it cites come a surprise to most of us in and of itself powerfully makes this case. How many among us knew, for example, that our best estimates suggest that 1 in 3 women will have an abortion in her lifetime? If we didn’t – why not? And assuming this is even close to accurate, why are young and vulnerable girls and women still fobbed off by families, teachers and even doctors, left to find things out the hard way for themselves?

Demonstrating a lightness of touch impressive for a young, emerging writer, the twists, turns and surprises around every corner always seem plausible. As a result, the risk of spoilers here abounds, but suffice it to say that Babygirl’s newfound freedom from her Irish Catholic Granny and Great Aunt Maud isn’t quite what she expected.

An unusual but surprisingly effective dramatic device sees four performers – Carla Garratt, Danica Corns, Larissa Pinkham and Rammelkamp herself – simultaneously playing the part of Babygirl, interacting like old friends and drawing out subtly different facets of the character’s personality (think a more mature, sophisticated and fluid take on Inside Out). Each one also takes a turn at representing other characters, from the tough-as-nails Gran and auntie, to an array of failed Fresher’s Week hook-ups, and from a doctor and disinterested receptionist to an eventual long-term love interest. It’s a credit to the performers and to director Holly Bond that all this somehow never gets confusing.

Though it’s by and large a comedy, there are moments of real poignancy and gut-wrenching pain (both figurative and literal) as the story progresses. The frankness that starts off seeming awkward and embarrassing first turns tender and refreshing, then brutal, and vitally so.

An urgent, intimate and impassioned bid to overhaul the culture of shame and silence surrounding pregnancy and female bodies.

Reviewed by Heather Kincaid at The Old Joint Stock, 10/05/17