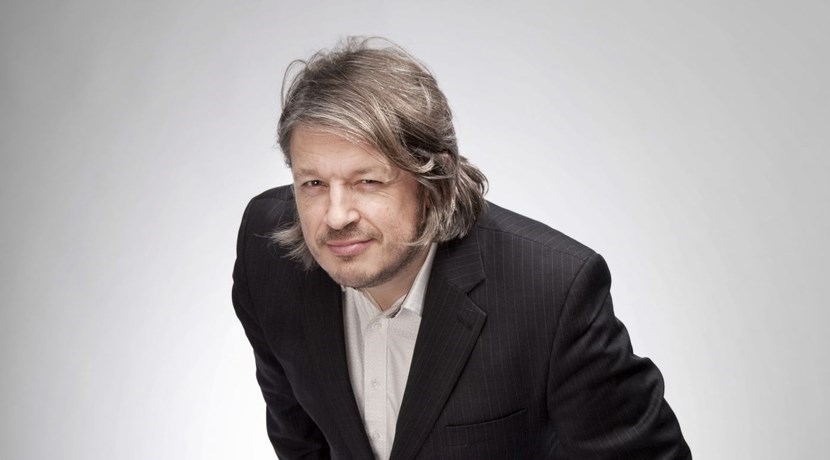 Happy Now? seems like a bit of a petulant-sounding title for a show, demanding to know if you're enjoying yourself yet before you've even reached the venue (and if you're not having a particularly great time making your way into central Birmingham during rush hour, who exactly are you, you hard-to-please p–?), but if there's one man with a talent for making the puerile and petulant profound, it's Richard Herring.

Herring's previous show, Lord of the Dance Settee, was inspired by childhood misunderstandings of hymns. Earlier tours have famously involved him growing a Hitler moustache and getting into trouble with religious folk for saying funny things about Jesus. Latterly, he's risen up the ranks of small-time internet fame as the guy who spends every International Women's Day trolling all the idiots who take to Twitter to ask when International Men's Day is. Some might call him a feminist hero for our times. Others might wonder how he still has so much time on his hands with a baby to look after – and did so, publicly, on Twitter.

Having recently become a first-time father, in Happy Now? Herring takes on the perennial question of what happiness is and whether we can ever really achieve it. Or, indeed, whether a state of eternal happiness is in fact desirable. As it transpires, the title question is actually more self-reflexive than anything. Who knew? (Well, the thought bubble coming out of Herring's head on the poster as he gazes philosophically into the middle distance while standing beside his new family might be a bit of a giveaway, when you think about it.) And its answer, as deliberated over the course of a couple of hours, is – yes and no. It's a bit like Marmite, in fact: you either love it, or you hate it or, like most people, your opinion falls somewhere on a spectrum between those two extremes.

In many ways, the show is a direct response to everyone who thinks that being more or less happy basically amounts to being rubbish. In fairness, Herring does admit outright that fatherhood has led him to the shocking revelation that family is ultimately more important than work, but anyone worrying that he's lost his edge since settling down can rest assured that the show opens with such delightful images as rolling in cat poo, watching someone you love endure unbearable agony, and the screaming heads of strangers emerging from vaginas. It also explores all of the usual parental worries that you might one day take a fit and decide to murder your own offspring (or sexcrement, as he prefers to call it) for no good reason, even if the temptations of infanticide have never proved a problem for you in the past. These are the life-changing experiences the birth of Phoebe Doris Joy Herring has provided.

And hey, if you don't like graphic descriptions of giving birth, and you're not willing to grapple with the bigger philosophical questions, there's still a cute baby video at the end. Just like on the internet. Which isn't really surprising, since that's where Herring spends most of his time these days. I hear there's a big crowdfunding thing happening right now.