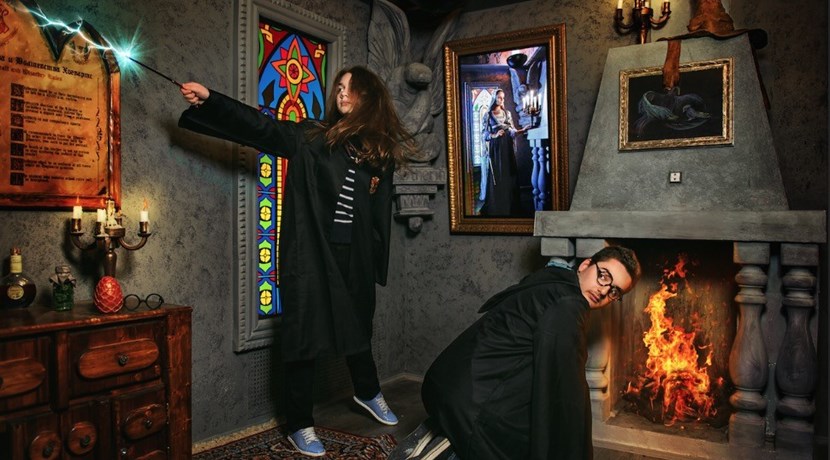 Following the huge success of its attractions in Coventry, Birmingham and Essex, one of the UK’s most popular escape game brands is now preparing to expand into Stratford-upon-Avon. Opening on Greenhill Street this summer, the new base will offer a unique twist on the game guaranteed to get Shakespeare and JK Rowling fans excited!

Capitalising on the town’s reputation as a hotspot for national and international tourism, the Escape Live team has drawn inspiration from British literary icons for two new rooms. Whether you’re a would-be wizard or a theatre connoisseur, activities themed around Harry Potter and the Bard himself provide yet another way to immerse yourself in the rich heritage and culture for which Shakespeare’s hometown is now famous.

Over the past two and a half years, Jas Sodhi and John Dalziel, the dynamic duo behind the brand, have made their Birmingham venue the city’s highest-rated attraction on TripAdvisor as well as picking up a number of awards. An expansion is also planned for Coventry’s Fargo Village base, which is already proving popular since it opened just last year.

For participants, the aim of the game is to follow a series of clues to work out how to escape from a locked room. Teams of 2-6 players are given an hour to solve the puzzle and make their escape, making it great for days out with family and friends, as well as training and team-building sessions.

“We originally started the business because we were big fans of escape games. We’d played them in London and overseas and felt there should be something in the Midlands and Warwickshire,” said Sodhi. “Birmingham has been a massive success – beyond our wildest dreams – particularly the constant positive feedback that we get from visitors through sites such as TripAdvisor and, of course, in person. That meant we started to look around to expand and Coventry came up first, but Stratford has been very much on our radar and we think this is going to very popular with tourists and local people.”

To create their Shakespeare themed room, the pair have been working closely with Shakespeare expert Hazel Stenner, adding an educational element to the fun.

“We are introducing two brand new rooms here in Stratford and it’s been great to work with Hazel Stenner because we are determined to get the Shakespeare room right because of his huge significance to the town,” Sodhi continued. “Our other room will be a real treat for Harry Potter fans but we can’t reveal too much more at this stage!”

“We don’t have a confirmed opening date yet but the aim is to be open this summer but for those who can’t wait, go and try out Coventry or Birmingham to get a taste for Escape Live!” he added.

Escape Live in Stratford will open from 10am until 10pm every day and will create between four and six new jobs. The venue is registering interest now for those who wish to be among the first to play the rooms via www.escapelive.co.uk.