The Gruffalo continues to be the ultimate family favourite 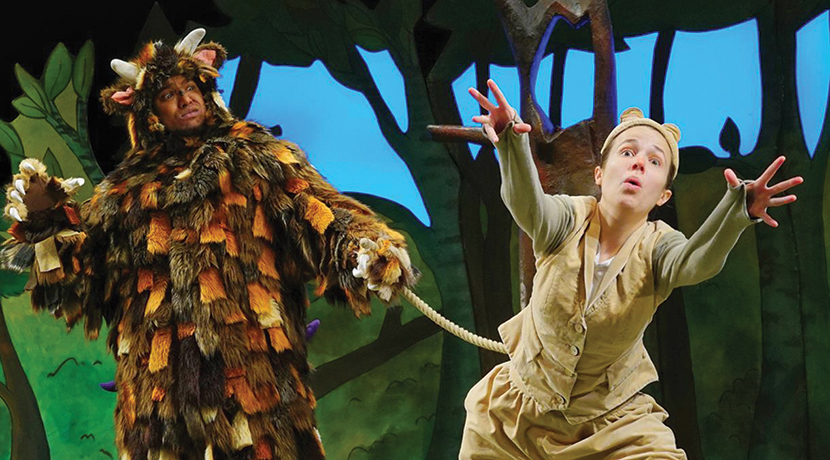 Tall Stories’ production of The Gruffalo gives so much more to its audience than any animation ever could. Instead of simply watching the tale unfold, we are required to use a little bit of imagination and engage in some good old-fashioned audience participation to help the story along, which only makes the show all the more enthralling. The exchange between audience and cast manages to be both intense and relaxed, and is certainly a high point of this thoroughly enjoyable production.

Tall Stories’ delicate yet playful approach to their material, and their ability to let whatever story they’re telling speak for itself, without flashy gimmicks or over-the-top costumes, places them at the very forefront of family theatre. In this particular production, the costumes allow the audience both to recognise the characters they know and love from Axel Scheffler’s illustrations and to get to know the expressive faces of the cast members.

The characters come to life before our very eyes. The show cleverly merges cunning Fox with a smooth-talking Londoner, Owl with a well-to-do pilot, and Snake with a maraca-shaking Latin dancer. The subtlety of the changes to the script, combined with the addition of several songs, strikes a perfect balance for the audience, allowing them not only to join the cast in speaking author Julia Donaldson’s famous rhyming lines but also to be utterly engaged with the music, choreography and jokes.

The Gruffalo continues to be the ultimate family favourite: a joyful, heart-warming tale of mouse’s mischief and all the animals’ rumbling tummies. Tall Stories certainly do justice to the work, which has fast become a children’s classic in both storybook form and on stage.