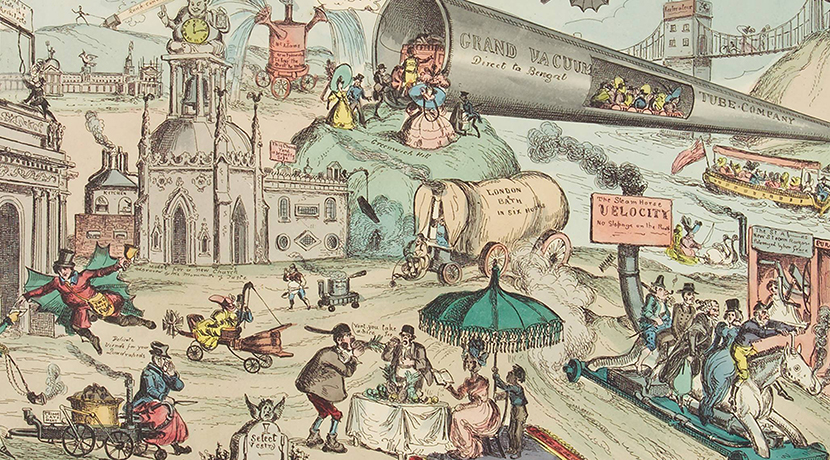 A free exhibition, Changing Times: Humour And Satire showcases a mix of satirical prints and objects from the museum’s Elton Collection, dating from the mid-18th century onwards.

The prints and objects on show made fun of new technology such as steam power and the possibilities that it held.

Once ‘railway mania’ had gripped the nation, music, books and games were quick to feature the new wonders of steam, as well as to ridicule the popularity of cheap excursion trains and the overcrowding at train stations and seaside resorts.