The Unremarkable Death of Marilyn Monroe 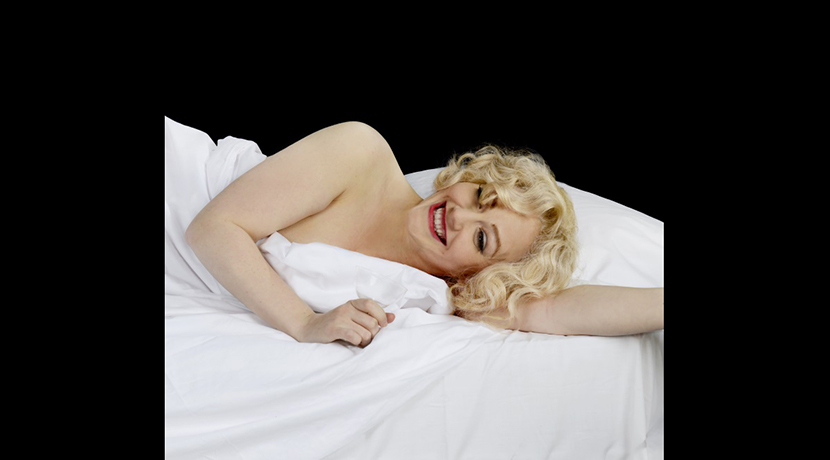 Monroe as we’ve never seen her before: alone in her bedroom, in dressing gown and slippers; no glitz, no glamour, no masks. Overdosed on pills, the woman behind the icon unravels her remarkable life and bares all, revealing a biting intelligence, a frustrated talent and an imperfect body.

One-woman show The Unremarkable Death Of Marilyn Monroe catches up with the blonde bombshell in the hour before her untimely death. The play’s writer & director, Elton Townend-Jones, chats about a production that puts one of the 20th century’s greatest icons centre stage...

From factory worker to pin-up model and onwards to Hollywood stardom, Marilyn Monroe was one of the 20th century’s most iconic sex symbols.

Although Monroe’s 1962 death by barbiturate overdose was ruled a suicide, many conspiracy theories continue to circulate.

Dyad Productions’ The Unremarkable Death Of Marilyn Monroe aims to delve into the story of the film star’s mysterious demise at the age of 36. The company specialises in work that relies on solo performer Rebecca Vaughan - who founded Dyad in 2009 - creating and taking centre stage in one-woman shows. These have included Austen’s Women and I, Elizabeth.  Rebecca was joined by fellow writer, producer and actor Elton Townend-Jones shortly after she’d started the company.

“At Dyad we try to reveal new things about characters or famous figures, particularly women - strong women,” explains Elton. “In the case of The Unremarkable Death Of Marilyn Monroe, it’s an extremely intimate show. The play is a 90-minute monologue set in the room in which she dies. She reminisces, travelling back to unravel and peel away the layers of her life and display to us all her actual thoughts. It’s really all about love. Not just amorous love, but love for relations and friends. That intimacy creates a kind of trust and authority that means you come to rely on what she says being true - at least to the character I’ve created in that moment.

“Marilyn really had very little agency. When men and women were signed up to certain film studios in the 1940s, ’50s and ’60s, they really had no control over their careers - nor even their personal lives to some extent. They were groomed by the studio to turn up at particular events and behave a certain way, or play a particular type of part in their movies. This show definitely aims to give Marilyn her voice back. I was really aware that I didn’t want to make her look foolish or like a clown, which was the case with a lot of the media at the time she was alive.”

Elton was inspired by Marilyn from an early age and has taken her influence with him throughout much of his personal and professional life: “When I was 12, I saw Some Like It Hot for the first time. I was really taken in by the film and by Marilyn. I then got it into my head that I wanted to do a stage production of Some Like It Hot, which never came to anything. But years later I became an actor, on the back of which I became a director and subsequently a writer too. I’d always identified with the vulnerabilities of Marilyn and always suspected there was more under the surface than we were being told. So when I came to Dyad Productions, I already knew that I wanted to explore her more.

“There are all kinds of conspiracy theories surrounding Marilyn herself and her death: her connection with the Kennedys, her miscarriages, her drug & drink problems, her succession of marriages. As I was in my 30s when Dyad Productions was founded, I’d had a lot more life experience than I’d had when I was a lot younger - I’d been around the block a bit, so to speak. I began to sympathise and empathise with things that were clear to me about Marilyn’s personality. I researched to find out more about her, then gradually brought together this idea of being alone with her in the final hour of her life. The more I found out about her, the more I became concerned that she was being overwhelmed by her public persona and by all the negativity that surrounded her. I wanted to find out about the person underneath and how she actually felt about her life.”

Elton believes The Unremarkable Death Of Marilyn Monroe gives a unique and heartfelt insight into the woman who started life as Norma Jeane Mortenson: “Marilyn went through a lot. She had a very difficult childhood because she was abused. She lived away from her mother because her mother was a single parent who had to work full-time. So she was left in the interesting system of foster parenting in America, where the foster children still saw their actual parents at weekends. I spent a lot of time looking at press photos of Marilyn at different moments in her life and got ideas for my dialogue through a combination of what I thought about that moment of Marilyn’s life and what I imagined she might be thinking. I got the actress who plays Marilyn, Lizzie Wort, to do a similar thing when I came to direct the show. But what I wanted to do, having done so much research, was fill in the gaps with my writing. I was able to draw out different bits of information and connect the dots in a way that I don’t think anyone has done before.

Whether or not they’re true connections is another matter entirely - it’s up to the audience to decide! Effectively what I’m writing is a work of fiction, so I do have artistic licence, but everything is based on true events, things she said and things she did. For example, Hollywood talked about how she was always late for work. It turns out she had really bad colitis, so it’s unsurprising to me that she wasn’t always able to be where she should’ve been. There were plenty of other people saying that she was a truly professional, underrated woman with a keen mind and a love of reading - a far more intelligent woman than her              persona suggested. However, in my research I was able to connect all the negative stuff people said about her to genuine reasons why that might’ve been the case.”

Elton is often asked how he’s able to ‘write like a woman’: “With The Unremarkable Death Of Marilyn Monroe, I wanted to be honest and true to both her voice and my own. I related to her also because my mother had several marriages, so I had several ‘dads’, and I’ve been an actor. I felt like I could write about Marilyn in such a way that revealed the true person behind the icon, but also make it a very personal work. I wanted to be able to say things that a lot of men don’t write about when it comes to relationships, love and sex. I was able to do that in this show. A lot of people, particularly women, have come up to me after the show and asked how I’ve managed to really get into a woman’s head and present her in an authentic way. For me, it’s the same as getting into anyone’s head, and that’s just my job as a writer. I don’t see different thoughts and responses to moments in life as only being attributed to a certain gender. I was brought up to be a feminist by my mother. I think that’s often seen as a dirty word, but it’s definitely stood me in good stead.”

So how does Elton hope the audience responds to his play?

“I hope the immediate, surface response people have is to consider how complex and interesting Marilyn really was. I hope the piece reveals something the audience didn’t know before, and that they feel empathy and sympathy for her. On a broader level, I hope that anyone watching acknowledges that people are going through their own difficulties and problems. Also, that even if you do feel like you’re struggling in your own life, you should continue to be yourself and not let anyone grind you down.

“Forget the conspiracy theories, ignore what you think you know. Come along and see the truth behind the myth. Meet the woman behind the icon, and be there at the moment of her death, in an award-winning performance from a great, great actor. But bring a hankie, just in case…”

The Unremarkable Death Of Marilyn Monroe shows at Stafford Gatehouse Theatre on Wednesday 18 & Thursday 19 March, and then at Theatre Severn, Shrewsbury, on Friday 20 March.