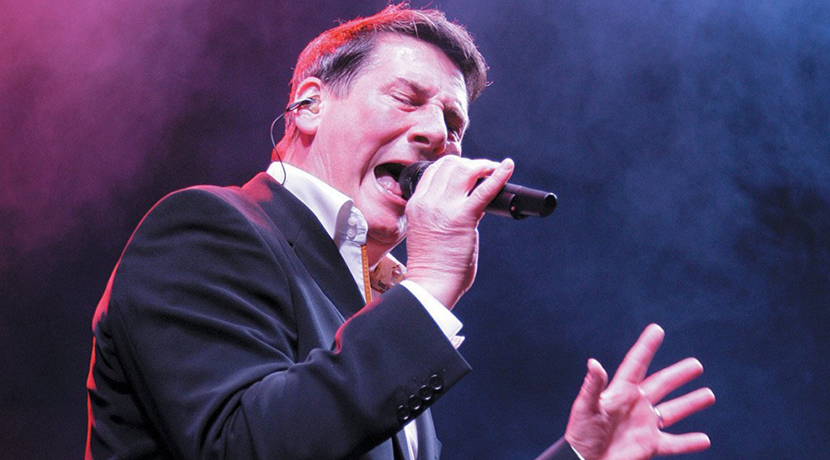 Let’s Rock will be celebrating some of the best music and most loved acts from the 1980s via their Lets Rock Christmas Show with headliners Tony Hadley, Kim Wilde, Go West, Nik Kershaw and T’ Pau, with guest appearances from Katrina, Jona Lewie, Rick Parfitt Jnr, Jaki Graham and Brother Beyond.

The show will be hosted by Pat Sharp and will be free to view via the Let’s Rock Facebook channels and YouTube on Tuesday 1 December from 7.30pm.

Described as “The ultimate festival for lovers of all things retro” by the Daily Mirror and “Unashamedly nostalgic” by The Times, Let’s Rock is a series of twelve one-day festivals which happen all over the UK throughout the summer. On 16th May 2020 - which would have been the start of the Let’s Rock season - Let’s Rock (in aid of their official charity partner Child Bereavement UK) decided to create 80’s LockdownFest which raised over £178,000* for the charity and was a great success, enjoyed by so many.

The show was livestreamed on YouTube and drew an estimated audience of 3 million and had over 800,000 unique visitors. LockdownFest was trending at No.2 during the evening, above Britain’s Got Talent and just below Eurovision 2020: Europe Shine A Light.

With this incredible response it really felt like the Let’s Rock family were all in this together - including the artists and their families recording from their own homes. It’s something we all will remember for a very long time, while we all look forward to being back in that field doing what we all love.

With the postponement of the Let’s Rock 2020 season and the challenges that so many people face right now due to the pandemic, Let’s Rock really wanted to bring some festive joy to people’s lives for one night. With that in mind (and due to the success of the virtual events this summer), and with a Let’s Rock audience crying out for more, orgainsers decided to put together Let’s Rock Christmas. Let’s Rock invite you to an evening of fun and retro frolics – embrace the throwback vibe and dress up in your finest retro fashion!

Independently run and owned, UK Live has raised over £640,000 for Child Bereavement UK since the very first Let’s Rock, 2009’s Let’s Rock the Moor in Cookham, Berkshire. Since then, Let’s Rock has grown and grown, with 2019 proving the most successful summer series in its eleven-year history - twelve festival locations and a total audience of over 150,000.

Original tickets remain valid for next year’s rescheduled dates, and each ticket is also transferable to any other of the Lets Rock locations in 2021.

We hope you all enjoy Lets Rock Christmas and cannot wait to be back next year, bigger and better!