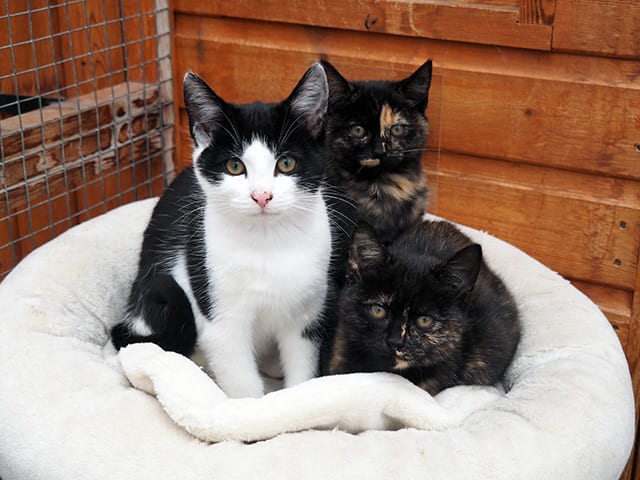 Just priceless... you can’t put a price on the Shropshire Cat Rescue charity.

The leading Shrewsbury charity is the very first space to be revealed as ‘Passing GO’ on the brand new Shrewsbury Monopoly Edition game.

It will get to star on a Community Chest space all of its very own when the game is unveiled in November 2019.

And because there is no price tag on the Monopoly Community Chest spaces then it means the charity will be as priceless in the Shrewsbury Monopoly game as in real life!

Shropshire Cat Rescue ‘Passes GO’ following a public vote. It will be one of several charities that will feature on the board – the others will be announced at the game’s launch.

The new game is being timed to hit the shops in time for this Christmas.

“We are delighted that the legacy of Shropshire Cat Rescue’s work in the community is to be recognised and immortalised in the forthcoming Shrewsbury Monopoly game.

“A huge thank you to everyone who voted for us.”

The charity has a boutique store on Roushill Bank, Shrewsbury town centre, as well as a Shelter at Windy Ridge in Bayston Hill. It cares for stray cats with “shelter, care and above all understanding”; caring for and re-homing unwanted cats and kittens.

The game will feature more than 30 Shrewsbury landmarks which will replace the famous London Monopoly streets like Park Lane and Mayfair. Some of the cards will be themed too. Also, amongst the tokens is one of a cat.

“We now can’t wait to play the new Shrewsbury Monopoly game this Christmas, but there could be an argument over which of us gets to choose the cat token to play with. We will all want it!”

The makers of the new official game have extended their congratulations.

“A huge congratulations to the Shropshire Cat Rescue charity, who proved very popular in the voting – and many thanks to everyone who voted. They will get to feature on a Community Chest space – we feel this is an appropriate position in the game, with them being such an integral and very big part of the Shrewsbury community. The game will feature the great and the good of Shrewsbury.”